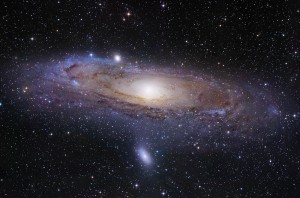 IBM and ASTRON are on the hunt for scientists to take part in what is described as the world’s biggest big data challenge – researching the origins of the universe.

The two organisations are inviting professors, scientists and qualified university students to participate in a virtual recruiting event on 26 March, for several open positions on the DOME project.

DOME is a five-year collaboration between IBM and ASTRON, The Netherlands Institute for Radio Astronomy, to research extremely fast, but low-power exascale computer systems used for the international Square Kilometre Array (SKA) telescope.

The SKA is an international consortium to build the world’s largest and most sensitive radio telescope. Scientists estimate that the processing power required to operate the telescope will be equal to several millions of today’s fastest computers.

The project will investigate emerging technologies for large-scale and efficient exascale computing, data transport and storage processes, and streaming analytics that will be required to read, store and analyse all the raw data that will be collected daily.

Scientists from both organisations will collaborate at the newly established ASTRON & IBM Centre for Exascale Technology in Dwingeloo, in the Netherlands.

To be considered for the positions, qualified MS and PhD students must be progressing towards degrees in engineering, science, IT majors or other research-related majors.