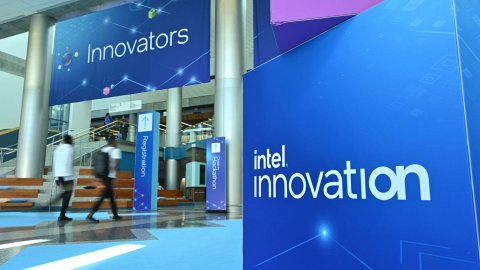 On Day 2 of Intel Innovation, Intel illustrated how its efforts and investments to foster an open ecosystem catalyse community innovation, from silicon to systems to apps and across all levels of the software stack.

Through an expanding array of platforms, tools and solutions, Intel is focused on helping developers become more productive and more capable of realising their potential for positive social good. The company introduced new tools to support developers in artificial intelligence, security and quantum computing, and announced the first customers of its new Project Amber attestation service.

“We are making good on our software-first strategy by empowering an open ecosystem that will enable us to collectively and continuously innovate”, said Intel Chief Technology Officer Greg Lavender. “We are committed members of the developer community and our breadth and depth of hardware and software assets facilitate the scaling of opportunities for all through co-innovation and collaboration”.

In his keynote to kick off the second of the two-day developer-focused event, Lavender emphasised Intel’s commitment to openness, choice and trust, beginning with oneAPI: a cross-industry, open, standards-based programming model that allows developers to choose the best architecture for the specific problem they are trying to solve. Building on oneAPI adoption and implementation progress, the initiative is shifting to a community forum to shape the future direction of oneAPI and address the evolving needs of developers, software vendors, national labs, researchers and silicon vendors.

Codeplay, an Intel subsidiary with expertise and a track record of driving open standards and providing cross-platform implementations of SYCL and oneAPI tools, will now assume responsibility for the oneAPI development community.

Intel will continue to deliver developer tools and easy-to-access toolkits based on those oneAPI specifications. The Intel oneAPI 2023 toolkits will ship in December with support for Intel’s latest and upcoming new CPU, GPU and FPGA architectures, and include tools like the open source SYCLomatic compatibility tool. SYCLomatic assists converting CUDA source code to SYCL source code, thus giving developers choice in computing architectures.

Intel also announced six more education and research institutions that have formed oneAPI Centers of Excellence to expand oneAPI support in important applications and extend oneAPI educational curriculum development. The new COEs include School of Software and Microelectronics of Peking University, Science and Technology Facilities Council in the UK, University of Utah in collaboration with Lawrence Livermore National Laboratory (LLNL), University of California San Diego and the Zuse Institute Berlin.

“Our goal is to make it easy for developers to get the best software technology through the open-source ecosystem or as Intel-delivered products”, Lavender said. And though they may not realise it, some 90% of developers are using software developed or optimised by Intel, according to a Global Development Survey conducted by Evans Data Corp. in 2021. Among many examples, Intel has been a top contributor to the Linux kernel for over a decade, and recently helped integrate the oneDNN performance library to TensorFlow, automatically bringing up to a 3x performance improvement to the millions that use the popular AI framework.

At the intersection of open software, hardware solutions and business need lie entirely new opportunities — like Germany’s e-prescriptions project, with the roll-out in progress.

IBM developed the e-prescription solution and integrated Intel Software Guard Extensions (SGX) with Gramine to deliver a superb customer experience while helping maintain platform integrity and the need for stringent security and privacy. Intel is a leading contributor to the open source Gramine project, which enables Germany’s national digital health agency to gain the integrity and confidentiality provided by SGX secure enclaves with minimal modification.

More examples are in the works thanks to Project Amber, a software-as-a-service offering for attestation in confidential computing, introduced in May at Intel Vision. Leidos, a top federal government technology contractor in the U.S., is building a proof-of-concept with Project Amber to protect veterans’ health information for future use in mobile clinics.

Liz Porter, president of Leidos Health Group, joined Lavender on stage and explained that “Project Amber liberates Leidos from the need to build and maintain complex, expensive attestation systems, allowing us to focus on our core differentiation like intelligent automation and AI/ML driven analytics”.

Accelerating Innovation in AI, Quantum and Neuromorphic Computing and What Comes Next

Another benefit of open technology is that it can be combined into myriad solutions from vendors and customers with varied specialties. Red Hat Chief Technology Officer Chris Wright joined Lavender on stage by video to announce that Red Hat’s OpenShift Data Science has “integrated with Intel’s AI portfolio so developers can train and deploy their models using Intel’s AI Analytics Kit and OpenVINO tools”.

For those ready to take their acceleration needs a step into the future, Intel announced the Intel Quantum SDK, designed to help developers learn how to program quantum algorithms and start bringing this nascent technology to its full potential. The beta version is now available through the Intel Developer Cloud.

Lavender also detailed progress toward post-quantum cryptography, a part of Intel’s three-phased approach to address threats posed by quantum computers outlined at Intel Vision in May. Recent developments toward standardisation and raising the urgency of opportunities and risks “are major steps forward for our industry as it prepares to be Y2Q-ready or quantum-resistant by 2030”, Lavender said. “Many believe Y2Q will have a bigger impact than the ‘millennium bug’ in the year 2000”.

As part of Intel’s goal to bring neuromorphic technology to commercial reality, Intel Labs announced new tools for developers including Kapoho Point, a stackable multi-board platform based on the Loihi 2 research chip, updates to its Lava open software development framework and the addition of new members and eight Intel-sponsored university projects to the Intel Neuromorphic Research Community (INRC).

Another way Intel has long nurtured future innovation is through education and partnerships with academia. Today, the company announced the Intel Rising Star Faculty Award program, which recognises early-career faculty whose innovative and disruptive ideas are making significant contributions to either research or education within the semiconductor and computing industry.

This year’s winners hail from 15 institutions around the world, chosen for demonstrating advancement not only in research from AI to quantum materials but also innovative teaching methods and inclusion of underrepresented minorities and women in computer science and engineering.