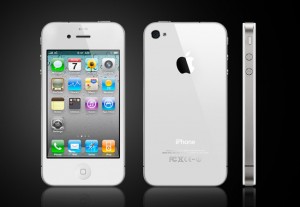 In the face of reports claiming that sales of the iPhone are slowing down, one analyst has drawn up a chart comparing sales of Apple’s smartphones to Samsung’s, suggesting that the iPhone has outsold its competitor.

The chart compared sales of the iPhone 4, iPhone 4S and iPhone 5 to sales of the Galaxy S and Galaxy Note devices.

According to Raymond James, Analyst, Travis McCourt, Apple’s iPhone has outsold Samsung’s smartphones by 219 million to 131 million over the past two and a half years.

The chart shows the iPhone 4S in first place, followed by the iPhone 4, which is miles ahead of the iPhone 5, Galaxy S2 and S3, which appear to have converged.

The sales of the iPhone 4 and 4S have been so astronomical that it will be a long time before Samsung can catch up, appears to be the message.

McCourt believes that Apple has extended its lead over Samsung in the last 12 months. Earlier this week, Samsung announced that it has shipped more than 100 million Galaxy S phones since May 2010, when the smartphone was released.