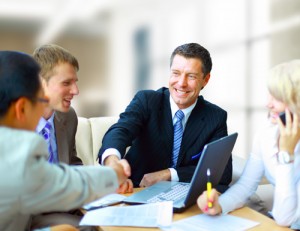 When a job offer arrives, a majority of tech pros accept it without asking for more pay, according to Dice.com. If candidates were to negotiate higher salaries, they could expect a bump in the neighbourhood of 5 percent, the IT careers specialist estimates.

A majority of hiring managers and recruiters surveyed by Dice.com said that more than half of tech pros accept the first offer without negotiating starting salaries or hourly rates. The United States national average salary for tech pros is currently $85,619, which means not haggling can cost a person $4,300, on average, per year. When you factor in bonuses and performance pay, which are typically based on a percentage of salaries, the tally is even higher.

Fear is likely the reason IT pros don’t take the opportunity to ask for more money, according to Tom Silver, Senior Vice President, Dice.com.

“When fear creeps into a negotiation or stops it all together, it’s good to remember negotiation is simply a discussion aimed at reaching an agreement. And, both sides want an agreement,” Silver points out.

“Straight-talk meetings are a standard in tech departments, there’s no reason tech professionals can’t do that with job offers. The company has tapped the talent, but the employer is not tapped out – ask for more.”

Despite reservations about the overall economy, the IT jobs market remains healthy and IT executives are generally optimistic about hiring.