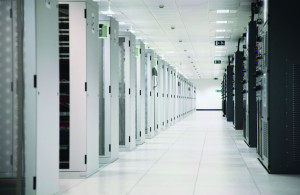 With major parts of the US under an intense heat wave, opting for less cooling may seem like a bad idea. But it isn’t.

The US General Services Administration, as part of data centre consolidation and efficiency efforts, has recommended raising data centre temperatures from 72 degrees Fahrenheit to as high as 80 degrees. Based on industry best practices, the GSA said it can save 4 percent to 5 percent in energy costs for every one degree increase in the server inlet temperature.

But how many data centres are near the upper data centre limit recommended by the American Society of Heating, Refrigerating and Air-Conditioning Engineers (ASHRAE) of 80.6 degrees?

Not many, it turns out.

To run near the ASHRAE limits, “you really need to have the operations expertise on staff to manage a higher risk environment,” said Matt Stansberry, director of content for the Uptime Institute.

According to 2013 Uptime Institute survey data of more than 1,000 data centres globally, nearly half of all data centres reported operating at 71 to 75 degrees Fahrenheit. This is largely unchanged from last year’s survey.

The next largest temperature segment, from 65 to 70 degrees, was 37 percent of data centres and is unchanged from last year.

Nonetheless, the survey points to changes at the margins. The most noticeable one is the percentage of data centres operating at temperatures of more than 75 degrees. That figure increased from 3 percent to 7 percent from last year. It is still a small percentage, but if it hits 10 percent next year, it may be a clear sign of a trend to warmer data centres.

Another sign: In 2011, the Uptime survey reported that 15 percent of the data centres were at temperatures below 65 degrees. But in the last two surveys, only 6 percent are running below 65 degrees.

“In order to implement hotter inlet air temps, you need to do it gradually, and make sure you’re not causing problems in other parts of the data centre,” said Stansberry. “Unless you have trained staff who can do that, it’s not going to happen.”

Only 15 percent of the data centre managers responding to the survey said they were measuring and controlling air temperatures from the server inlet, which Uptime considers the most accurate place, with “room level” measuring, at 27 percent, the least accurate.