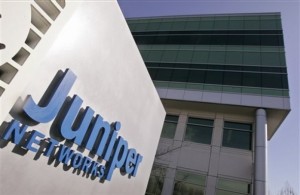 Juniper Networks this week will extend its SDN offerings with the release of its controller, roughly six months ahead of schedule.

The controller technology obtained from the acquisition of Contrail Systems is now called JunosV Contrail. It wasn’t expected until 2014.

Cisco’s ONE controller is scheduled to ship by the end of next month. Currently, 50 early adopters are writing applications for it, Cisco says.

SDNs are a way to make networks more programmable through software so that they can be reconfigured quickly and functionally extended more easily. SDN controllers provide the intelligence by which networking can be delivered as a service through virtualisation, automation and orchestration among private and public clouds.

JunosV Contrail is a Linux-based software that runs on x86 servers and consists of the SDN controller, a virtual router and an analytics engine. It is in trials with Fortune 500 multinational enterprises and service providers, Juniper says.

The virtual router supports Layer 2 and 3 virtual network overlays with VXLAN and MPLS/NVGRE, respectively. The Contrail controller uses XMPP as the control protocol, but OpenFlow can be used as well, Juniper says.

Juniper however recommends XMPP for overlay architectures vs. OpenFlow, which the company views as optimal for “flat” implementations they say require reprogramming of every network node that a flow touches.

“The traditional model of SDNs as control planes decoupled from data planes is “a simplistic model that [the industry is] not getting to work at scale,” says Bob Muglia, executive vice president of Juniper’s Software Solutions Division. “The challenge of the original model is that the physical network has to be part of the flow management process.”

Juniper is submitting XMPP code to the OpenDaylight SDN projects as the control protocol for network virtualisation overlays, Muglia says.

The northbound API between controller and orchestration in JunosV Contrail is Interface for Metadata Access Points (IF-MAP), a security protocol developed by the Trusted Computing Group. OpenDaylight is also working on defining a northbound API and the Open Networking Foundation is evaluating several for possible standardisation as well.

“We think IF-MAP is most likely to evolve” into a commonly used northbound API between controllers and orchestration systems in an SDN, Muglia says.

JunosV Contrail is scheduled to be available in the second half under the Juniper Software Advantage licensing programme.