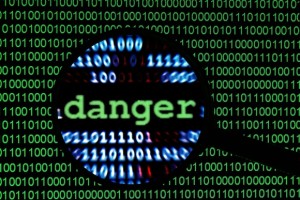 A new Trojan programme that targets users of online financial services has the potential to spread very quickly over the next few months, security researchers warn.

The malware was first advertised on a private cybercrime forum in July, according to malware researchers from Kaspersky Lab who dubbed it Trojan-Banker.Win32/64.Neverquest.

“By mid-November Kaspersky Lab had recorded several thousand attempted Neverquest infections all around the world,” said Sergey Golovanov, malware researcher at Kaspersky Lab, Tuesday in a blog post. “This threat is relatively new, and cybercriminals still aren’t using it to its full capacity. In light of Neverquest’s self-replication capabilities, the number of users attacked could increase considerably over a short period of time.”

Neverquest has most of the features found in other financial malware. It can modify the content of websites opened inside Internet Explorer or Firefox and inject rogue forms into them, it can steal the username and passwords entered by victims on those websites and allow attackers to control infected computers remotely using VNC (Virtual Network Computing).

However, this Trojan program also has some features that make it stand out.

Its default configuration defines 28 targeted websites that belong to large international banks as well as popular online payment services. However, in addition to these predefined sites, the malware identifies Web pages visited by victims that contain certain keywords such as balance, checking account and account summary, and sends their content back to the attackers.

This helps attackers identify new financial websites to target and build scripts for the malware to interact with them.

“Of all of the sites targeted by this particular programme, fidelity.com – owned by Fidelity Investments – appears to be the top target,” Golovanov said. “This company is one of the largest mutual investment fund firms in the world. Its website offers clients a long list of ways to manage their finances online. This gives malicious users the chance to not only transfer cash funds to their own accounts, but also to play the stock market, using the accounts and the money of Neverquest victims.”

Neverquest steals log-in credentials from FTP (File Transfer Protocol) client applications installed on infected computers. Attackers then use these FTP credentials to infect websites with the Neutrino exploit pack, which then exploits vulnerabilities in browser plug-ins to install the Neverquest malware on the computers of users visiting those sites.

The Trojan programme also steals SMTP (Simple Mail Transfer Protocol) and POP (Post Office Protocol) credentials from email clients and sends them back to attackers so they can be used to send spam emails with malicious attachments. “These emails are typically designed to look like official notifications from a variety of services,” Golovanov said.

In addition, Neverquest steals account log-in information for a large number of social networking websites and chat services accessed from infected computers. Those accounts could be used to spread links to infected websites with the intention to further spread Neverquest, even though Kaspersky Lab hasn’t seen this method being used yet.

“As early as November, Kaspersky Lab noted instances where posts were made in hacker forums about buying and selling databases to access bank accounts and other documents used to open and manage the accounts to which stolen funds are sent,” Golovanov said. “We can expect to see mass Neverquest attacks towards the end of the year, which could ultimately lead to more users becoming the victims of online cash theft.”