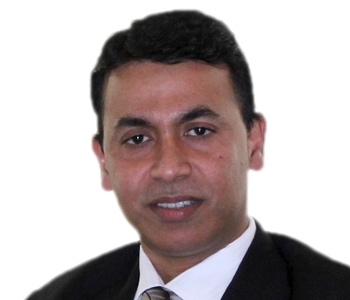 Linksys has announced that it will be exhibiting a number of its latest products during GITEX Technology Week.

The wireless connectivity vendor will present products such as the RE6500HG AC1200 dual-band wireless range extender, which according to them, extends connectivity up to 10,000 square feet eliminating dead zones in the area. The RE6500HG comes with 4 Gigabit Ethernet ports for rapid and reliable wired connections to your computers and other internet-ready devices, offering speed 10x faster than Fast Ethernet.

Another product that will be featured during the event is the AC1200 Amplify, which the vendor says, allows users to visually see the best placement spot for the RE6700 from a current router for optimal Wi-Fi range. It features a Spot Finder Technology which automatically activates when the setup process is launched.

Linksys will also showcase the EA8500 Max-Stream AC2600 MU-MIMO Gigabit router. According to the company, the combined 2.53 Gbps Wi-Fi speeds in this router can wipe out buffering and enable faster downloads. It also sports a 1.4GHz dual-core CPU and four Gigabit ports offer blazing speeds perfect for heavy-bandwidth gaming and other activities that requires faster connectivity.

Lastly, the company’s presence will also include the unveiling of its latest product in the WRT router series, the WRT1200AC. The new WRT router is equipped with a1.3 GHz dual-core central processing unit and includes Linksys SMART Wi-Fi with Network Map and Open Source compatibility.

Amanulla Khan, Managing Director – Middle East and Africa, Linksys, said, “As a network leader it is important to us that our technologies and applications are cutting-edge and one step ahead, to keep up with the demands and expectations of the market and customers.”

The company’s Vice President for Product Management and Engineering Mike Chen will also be present at the event.