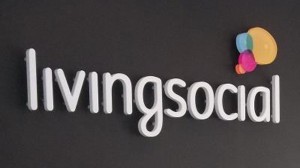 The cyber attack Friday on the Internet deal site LivingSocial that forced it to reset the passwords of some 50 million users has elements of what’s becoming an all too familiar storyline.

Along with the names, birth dates, and email addresses of some of the site’s users, the intruders also accessed those users’ passwords.

The passwords could have been used to access user accounts on LivingSocial, but the online deals firm says it doesn’t believe any accounts have been compromised.

Neither was the database containing credit card information touched. However, if a hacker compromised a user’s account, they could still run up charges on the payment card associated with that account.

Secure enough?
Since LivingSocial hashes and salts passwords stored on its system, any data thief will have to work to unscramble the passwords.

“Hashing” involves scrambling the password with an algorithm. That hash is then “salted” with random characters to make it even more difficult to crack by an unauthorised party.

How difficult they are to crack is a subject of debate. LivingSocial used a hashing scheme called SHA1, which some in security circles feel is too weak to withstand the kinds of brute force attack that can be mounted by a byte bandit today.

Now that hackers are having their way with a batch of those passwords, LivingSocial is taking its security measures another step. The company says it is hashing its stored passwords in a stronger algorithm based on Blowfish called bcrypt.

No matter what algorithm is used to hash passwords, however, it won’t do any good if the keys to decode the hash are also stolen with the passwords – although there’s no evidence of that yet in the LivingSocial case.

“More websites need to use items like the two-factor authentication that Google uses,” he said in an email to TechHive/PCWorld. “That way if [hackers] do get your password, they still need to authenticate via phone to use the account from a new laptop or desktop.”

Another worrisome issue about the LivingSocial attack is that information that should have been encrypted wasn’t, said Mark Bower, a vice president with Voltage Security.

“Identity information, email addresses, and dates of birth are potentially sensitive in combination–particularly in cases where password resets are based on ‘secrets’ like date of birth, maiden names, and so on as the answer to an identity verification question,” he wrote in an email to TechHive/PCWorld.

He explained that the data stolen from LivingSocial could be used at other sites to compromise a user’s account using the site’s password verification systems.

“Given that the organisation went to the trouble of encrypting passwords, then why didn’t they extend that to the rest of the data?” he asked. “To hear of another breach of this extent with clear data being exposed of any kind, when its trivially simple to avoid it by using data-centric protection, is alarming.”