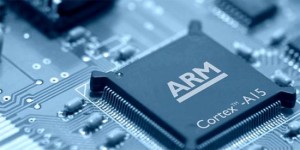 Several big vendors including Red Hat, Oracle, Cloudera and Citrix have made announcements this week that show software support is on its way for 64-bit ARM hardware

The companies all announced development plans for 64-bit ARM hardware. And Linaro said it had kicked off a multi-vendor effort to develop some standards around Linux on ARM and try to avoid fragmentation, which could hinder adoption.

The announcements capped off a big week for ARM, in which Advanced Micro Devices announced it would build ARM-based server chips, and Dell showed a prototype 64-bit ARM server, using some of the first sample silicon from Applied Micro Circuits.

The software vendors joined AppliedMicro during a session at ARM’s TechCon conference to announce their support for its ARMv8 architecture, which includes the 64-bit extensions. Proponents say ARM servers will be significantly more energy efficient for certain cloud and big-data analytics workloads, though there’s little information about how they perform in real-world tests.

Red Hat is targeting the first half of next year for a release of Fedora, the community version of Red Hat Linux, that runs on 64-bit ARM chips, said Jon Masters, Red Hat’s chief ARM architect. Fedora acts as a test bed for new features before they’re added to Red Hat Enterprise Linux.

Red Hat started its work a year ago and already has some Fedora code running on prototypes of AppliedMicro’s 64-bit ARM chips, Masters said. The support for ARMv8 will come with a “remix” of Fedora 19, he said.

The release will include “a full LAMP stack and more,” Masters said, referring to the software stack of Linux, Apache Web server, MySQL and PHP. When it adds the 64-bit support, Red Hat will stop supporting 32-bit ARM, he said.

It’s not a walk in the park to port an OS to a new chip architecture, however, and Masters said the work is “very complex.”

Red Hat is also part of Linaro’s Linux Enterprise Group, along with Facebook, Hewlett-Packard and others. Customers need a standard Linux platform so that they can take their software and install it on any server and know it will work, he said.

Oracle said it was working on a version of Java Standard Edition for the 64-bit ARM architecture, though it didn’t give a time frame. Java SE forms the basis for Java Enterprise Edition, the version deployed with many server applications.

“I’d guess that three-quarters of all server software in the world is written in Java today,” said Henrik Stalh, a senior director of product management at Oracle.

Citrix has started porting its Xen hypervisor to ARMv8, said CTO Ahmed Sallam. It’s aiming to complete a prototype port in the first quarter next year and begin validation on AppliedMicro’s hardware in the second quarter, he said.

Virtualisation isn’t an obvious candidate for ARM servers, given their focus on efficiency rather than performance. But virtualisation can be useful for moving workloads between servers for maintenance, among other tasks.

ARM servers are also being eyed for analyzing big data, which can be broken up efficiently over hundreds or thousands of CPU cores. But big data requires more than the 4GB memory supported by 32-bit processors, said Amr Adwallah, CTO of Cloudera, which makes software based on Apache Hadoop.

“Big data is big; it needs more than 4GB of RAM, so cracking that boundary [to 64-bit ARM] is important for us,” he said.

ARM cores are also good because Hadoop clusters can have thousands of nodes, and x86 cores burn too much power at idle, he said. “Cores from other vendors — without saying their name — consume significantly more power in the idle state, hence we’re relieved that ARM is moving into this space,” he said.

The 10Gbit Ethernet support built into AppliedMicro’s system-on-chip is also a boost, he said. “Big data needs 10 Gig to push enough data in and out of those cores to keep them busy,” Adwallah said. Buying a separate interface card can add thousands to the cost of a server, he said.

Testimonials from customers might also help ARM-based servers take hold, but right now they are few and far between, in part because 64-bit ARM hardware is still in the early prototype stage, and there are few systems out there.

Facebook, Amazon and Morgan Stanley all pledged support for ARM servers this week, though none would confirm they are actually testing ARM servers. It seems likely they are, however, since they are appearing at ARM events.

Thomas Walker, a systems architect at Morgan Stanley, said his firm operates about 76,000 servers in its data centres, up from 4,000 10 years ago, so it’s not hard to see why they’re interested in more energy-efficient systems.

To make ARM servers a reality, he’s looking for “major improvements” in the GNU tools and support for LAMP, Hadoop and other open-source packages.

Morgan Stanley’s use of Cloudera is growing, he said, and “64-bit is really where we want to be.”