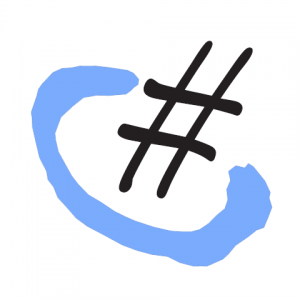 Microsoft’s C# has been crowned the number one programming language of the year by the PopularitY of Programming Language (PYPL) index.

C and Javascript, both dropped down two places, from third to fifth place and fifth to seventh place respectively. Python dropped from fifth to sixth place, despite growing 0.9 percent in popularity and becoming the second most popular language in the US.

The PYPL index is created by analysing how often language tutorials are searched on Google. The more a specific language tutorial is searched, the more popular the language is assumed to be.
According to Nat Friedman, CEO of cross-platform app creation platform Xamarin, the launch of Windows 8 has played an important role in the growth of C# in 2012. C# remains the dominant language of third-party application development on Windows devices.

However, other features such as asynchronous programming, garbage collection, type safety and the ability to execute applications quickly have all contributed to the popularityof C# among mobile developers. The potability of C# is also key, according to Friedman.

“Between Windows, iOS and Android, your C# code can run on over 2.2 billion devices. And beyond mobile, C# is highly portable in a wide range of environments across the spectrum of mobile, embedded, desktop, and server computing,” he said in a blog post.

The results of the PYPL index conflict with those of the better known TIOBE Programming Community Index, which ranks language popularity based on the number of skilled engineers world-wide, courses and third party vendors.

TIOBE is broader in scope, in that it uses Google, Bing, Yahoo, Wikipedia, Amazon, YouTube and Baidu to calculate the ratings. However, it uses the word “programming” in the search phrase rather than “tutorial”, which PYPL claims is “misleading”.

According to TIOBE’s December 2012 results, Objective-C is the language of the year, rising 4.3 percent in popularity during 2012. C had the greatest developer share (18.7 percent), followed by Java with 17.6 percent and Objective-C with 11.1 percent.

Meanwhile, C# dropped a place to fifth place with a rating of 5.5 percent, and PHP was placed sixth.

“TIOBE is a lagging indicator. Among other things, it counts the number of web pages with the language name. Objective-C programming has over 28 million pages, while C programming has only 11 million. This explains why Objective-C has a high TIOBE ranking,” stated a post on the PYPL web page.

“But who is reading those Objective-C web pages? Hardly anyone, according to Google Trends data. Objective C tutorial are searched 6 times less than Javascript tutorial. Javascript has a 7.9% share of search, so Objective-C has a share of 1.3%.”

TIOBE will announce its own programming language of the year 2012 later this month.