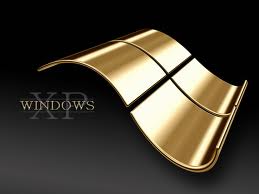 Microsoft yesterday kicked off what it called a “two-year countdown” to the death of Windows XP, its longest-lived operating system.

Windows XP and the business productivity suite Office 2003 both exit all support on April 8, 2014, a company spokeswoman said in a Monday blog post.

On that date, Microsoft will stop shipping security updates for XP and Office 2003.

“Windows XP and Office 2003 were great software releases for their time, but the technology environment has shifted,” argued Stella Chernyak, a Microsoft marketing director.

This wasn’t the first time that Microsoft has urged XP users to dump the operating system — and perhaps their PCs too — for newer tools.

In June 2011, a Microsoft manager said it was “time to move on” from Windows XP, while earlier that year an executive on the Internet Explorer team belittled XP as “lowest common denominator” when he explained why the OS wouldn’t run the then-new IE9.

The company has not yet turned on Windows XP like it has on the 11-year-old Internet Explorer 6 (IE6). For more than two and a half years, Microsoft has urged users to give up IE6, going so far in March 2011 to launch a deathwatch website that tracks IE6’s dwindling usage share.

In the last 12 months, XP has lost nearly 10 percentage points of share, or 14% of what it had as of April 1, 2011, according to Internet measurement company Net Applications. If XP continues to shed share at that pace — unlikely as a linear decline might be — the OS would have just 17.1% in April 2014.

As Net Applications’ data hints, some PCs will still be running Windows XP when Microsoft retires the operating system.

“Our recent Symposium survey [in October 2011] had respondents telling us they’d have 96% of their PCs migrated off XP by end of support,” said Gartner analyst Michael Silver in an email reply to questions Monday. “But 16.5% of organizations say they will have more than 5% of their users still on XP after support ends.”

Not surprisingly, Microsoft wants XP users to upgrade to Windows 7 now, perhaps figuring money in the hand with Windows 7 is better than dollars from the bush that’s the unfinished Windows 8.

“We don’t recommend waiting [for the next editions of Windows or Office], said Microsoft’s Chernyak. “Not only is it important for companies to complete deployment before support runs out, but … by upgrading to Windows 7 and Office 2010 today they can gain substantial results while laying the foundation for future versions.”

On Microsoft’s website, the company was blunt about XP’s ticking clock.

“If your organization has not started the migration to a modern PC, you are late,” Microsoft said, citing data that claimed OS migration programs in businesses take between 18 and 32 months to complete.