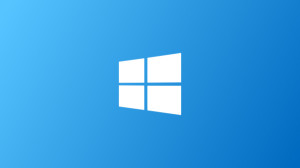 Hardware vendors making smartphones and tablets with screens smaller than 9 inches will get Windows for free, the latest aggressive move by Microsoft to increase the use of its OS on those devices.

The move is the latest example of the urgency Microsoft feels about Windows’ weak position against iOS and Android in the smartphone and tablet markets, which Apple and Google have capitalised upon in recent years.

“We really want to get this platform out there. We want to remove all the friction between you and creating these devices,” Terry Myerson, Corporate Vice President, Operating Systems group, Microsoft, said at the company’s Build conference in San Francisco.

It’s also an acknowledgement by Microsoft that the once rock-solid franchise of Windows is giving way to a new reality and that its old “Windows first” mantra is now misguided and obsolete.

Microsoft, which traditionally protected Windows at the expense of Office, has now released a version of Office for iPads before finishing work on its “touch first” Office version for Windows tablets, something that would have been unthinkable for the company a few years ago.

However, CEO Satya Nadella, taking the stage later on Wednesday, noted that Windows continues to be a key product for the company, and said users, developers and IT pros can expect to see continued innovation in the platform.

Microsoft’s goal is to keep expanding Windows so that the devices it runs on and the innovations it offers provide developers an attractive platform to market their applications, he said.

Michael Silver, Analyst, Gartner, said the decision to offer Windows for free should reduce the price for those smartphones and tablets and thus increase share for the OS.

“Because they don’t have a ton of revenue today from those devices it won’t reduce that revenue as long as these devices are incremental,” he said. “To the extent that they eat at the sales of larger devices, it starts nibbling away a bit at Windows revenue. Microsoft hopes that users of these devices will purchase other services to make up for that.”

In fact, hardware makers will also be able to offer a year’s free subscription to Office 365, according to Microsoft.

IDC analyst Al Gillen said the “Windows free” strategy is intended to let Microsoft protect and extend the Windows ecosystem. If Windows remains relevant only on PCs, whose sales are shrinking, it will become a marginalised platform.

“They are absolutely doing the right thing,” Gillen said.

The first devices developed under the new licensing structure could be available as early as summer, a Microsoft spokeswoman said. She declined to say which editions of Windows and Office 365 will be available under the plan, but the list should include Windows Phone 8.1, Windows RT and Windows 8.1.