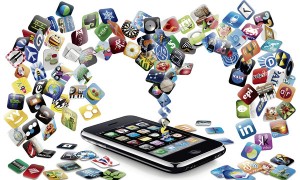 A wider group of application developers and advertising networks now can collect information about our activities and leverage the functionality of our devices as per an analysis of more than 1.7 million apps on the Google Play market from March 2011 to September 2012.

Most of the time users who install these apps often do not understand with who and how they are sharing personal information and many apps collect information or require permissions unnecessary for the described functionality of the app.

Juniper Networks says that many apps collect information for reasons less apparent than advertising and has potential for misuse of permissions.

Apps that collect personal information from users can secretly initiate outgoing calls, send SMS messages and use a device camera. After initiating calls, apps can also be used to listen to conversations within hearing distance of a mobile device.

Silently sending SMS messages can create a covert channel for siphoning sensitive information from a device.

Some categories of applications overstep the needs of the applications when accessing certain permissions. Juniper Networks found out that 94 percent of free apps in Cards and Casino games category that have permission to make outbound calls do not describe why the app would justifiably use this capability.

Ninety-nine percent of paid apps and about 92 percent of free apps in the Racing Games category have permission to send SMS messages and did not provide an explanation of why this capability would be necessary in the game.

Juniper’s report suggests that the mobile industry should correlate permissions to actual app functionality; help users accept some exposure with free apps; and help people understand what is actually occurring on their device and with their data.