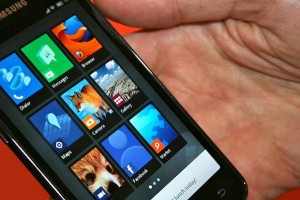 Mozilla’s Firefox mobile OS for smartphones offers a better proposition than Android on affordable handsets, officials from one of Europe’s major mobile networks have insisted in a glowing assessment of the new open source platform.

The endorsement from Telefnica O2 Europe head Matthew Key and colleagues at the Telefnica Digital conference on Friday is welcome backing for a project that is only days out of the block after spending a year of development as project ‘Boot to Gecko’.

As far as the Firefox OS is concerned, it could be a case of being the right newcomer at the right time.

“The first handset cost is sub-$100 and will be launched before Q1 in Brazil. We can produce the same experience on Android cheaper, or a better experience at the same price,” Key was quoted as telling attendees.

“We’re overly reliant on Android and that’s not a strategically strong position to be in,” he said.

To emphasise its commitment, the company used the event to show off a handset running the new OS which officials described as running well with fewer resources than its rivals.

The ultimate success or failure of the Firefox OS will depend heavily on its takeup by such networks and so far the omens are looking good. Other carrier partners include Deutsche Telekom, Etisalat, Smart, Sprint, Telecom Italia, and Telenor.

Is Mozilla a viable contender in a mobile space occupied by three vendors, Apple, Google, and Microsoft, with deep pockets and no choice but to plough on to the bitter end? Undoubtedly, yes, and for a simple reason; carriers such as Telefonica O2 are determined not to become a mere delivery mechanism for the big three to make money.

Android is free but carriers resent the loss of control over the revenue that Google ultimately makes from the services that run on top of it. This was tolerable when it was Apple; putting up with the same deal from Google and possibly Microsoft is harder to stomach.

Some of this is desperation, of course, given that Telefnica O2 in particular has been under financial pressure in recent times.

“We don’t like the fact that one part of the value chain of our business is tightly controlled,” Telefnica director of product development, Carlos Domingo told Bloomberg. “In the case of the emerging countries it’s worse, because it becomes a monopoly by Google.” Ouch.

The other dimension is the user base, possibly the same tech adopters that abandoned Microsoft’s IE for the snappier Firefox and changed the future of the browser in the process. Mozilla has never done a smartphone OS but it will undoubtedly be able to build a committed open source fan base from day one.