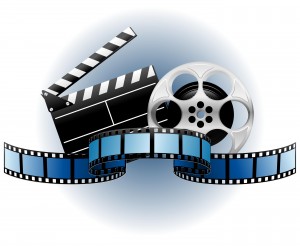 NEC has begun sales of new software to quickly find video clips in large archives, which is well-suited for finding illegal content on video sharing websites, it said Tuesday.

The company’s “Media-Serpla” software makes digital signatures for each frame in a video and stores them in a searchable database. NEC says it allows for 1,000 hours of video to be searched for a five-second clip in about a second on a standard desktop computer.

Quickly finding the source of a single video clip within a large archive has long been a problem for broadcasters and video producers. It has also become a major legal issue for video sharing sites like YouTube, which have faced lawsuits from copyright holders who feel their content has been posted online without permission.

While YouTube has developed tools that allow content owners to search for their holdings on the site, NEC’s software would allow them to easily search for themselves.

The software is based on technology that uses the brightness of fixed points in a video to create digital signatures, which require 76 bytes per frame of video to store, then compare them with signatures generated from shorter clips for similarities.

The method requires no watermarking or particular encoding to work, and NEC says it is effective for finding matches even for clips that have had their brightness or resolution altered, or have been bootlegged in lower quality. It has been adapted into the International Organization for Standardization (ISO) specification for MPEG-7, a standard for describing and searching multimedia content.

The software package is available in both English and Japanese versions. A version that is limited to searching 250 hours of video costs ¥2.2 million (US$27,000), while an unlimited version is priced at ¥30 million.

NEC says it aims to sign up 100 clients globally over the next three years, focusing mainly on Japan and Asia to start.

The company first announced it was developing the software in 2010 and displayed it at a convention in Tokyo.