Odakyu Electric Railway has announced that it is carrying out trials of Nokia’s SpaceTime scene analytics in order to identify ways of enhancing rail crossing safety. 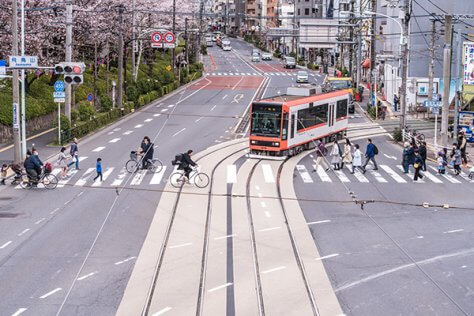 With testing underway at Tamagawa Gakuenmae No.8 railroad crossing in Machida City, Tokyo, Nokia’s scene analytics can detect abnormal events by applying machine-learning based artificial intelligence to available camera images. Trials will be conducted from February to March.

The Odakyu Electric Railway is committed to advancing innovative technology in order to make the Odakyu Line the safest rail company in Japan, enabling its customers to travel with complete peace of mind.

One of the leading private railway operators in Japan, Odakyu Electric Railway currently has 229 crossing points across 120.5 kilometers of rail track, with 137 radar systems for object detection.

John Harrington, Head of Nokia Japan, said, “Odakyu Electric Railway is renowned for being an early adopter of new technology and this trial illustrates the role that AI can play in delivering enhanced levels of vigilance. This is a critical milestone for Nokia to help contribute not only to railway safety improvement but also to decrease operational costs and enhance performance.”

Nokia SpaceTime scene analytics, which was developed by Nokia Bell Labs, is also capable of providing real-time alerts for unauthorised entry into remote facilities. It can detect and alert supervisors when personnel or equipment access unsafe locations in industrial settings or when heavy machinery is out of position creating a potential hazard.

“Network connected cameras are one of the most prolific sources of IoT data that can provide valuable insights to help promote high safety standards. By running machine learning analytics on camera feeds, and sending solely relevant scenes and events to operators, the full benefits of video surveillance can be realised in a wide variety of settings – with rail crossings a particularly relevant use case,” said Harrington.