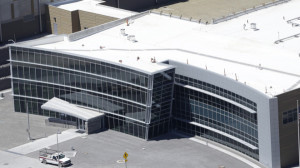 A massive data centre being built by the National Security Agency in Utah has been plagued by “chronic electrical surges” that have destroyed equipment and delayed its opening for a year, according to a report Monday.

The facility has suffered 10 “meltdowns” in the past 13 months that destroyed hundreds of thousands of dollars’ worth of machinery, The Wall Street Journal reported Monday, citing project documents and unnamed officials.

The data centre is expected to be the NSA’s main facility for storing, decrypting and analysing the vast amounts of data it collects through its surveillance programs. Those programs have been under scrutiny since the disclosures about Prism and other data collection efforts earlier this year.

The data centre has cost a reported US$1.4 billion excluding the computing equipment inside, and covers more than a million square feet.

Data centres can consume huge amounts of power, partly for the compute gear but also for cooling equipment that keeps the computers from overheating.

The NSA facility, located 30 miles south of Salt Lake City in a town called Bluffdale, continuously uses 65 megawatts of electricity — enough to power a small city — at a cost of more than $1 million a month, the Journal reported.

The electrical problems, known as arc fault failures, create “fiery explosions, melt metal and cause circuits to fail,” one official told the newspaper.

“Documents and interviews paint a picture of a project that cut corners to speed building,” the Journal said. Backup generators have failed several times and the cooling system has yet to be tested, according to the newspaper.

An NSA spokeswoman told the Journal that “the failures that occurred during testing have been mitigated.” But the Journal said there is disagreement about the cause of the problems and whether proposed fixes will work.

The NSA planned to turn on some of the computers at the facility this week, the Journal reported.