CNME Editor Mark Forker takes a closer look at how the trade war between the US and China is driving Beijing’s quest for technological independence. 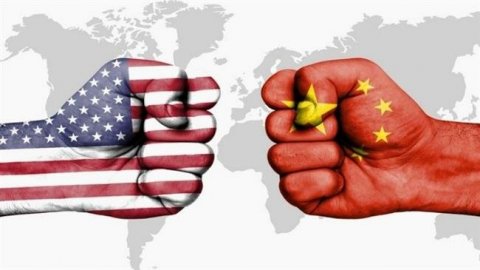 When US President Donald Trump was on the campaign trail during the 2016 elections, he vowed to get ‘tough’ on trade with China. Trump, like many of his irate fanbase felt at the time that the existing trade deal in place between Washington and Beijing was not serving the best interests of the American people.

According to Trump and his supporters, the deindustrialisation of many US states was a direct result of US companies exporting most of its manufacturing operations to China. In 2018, Trump told US technology behemoth Apple to move its manufacturing back to the United States in a bid to avoid being ‘hurt’ by his tariffs.

Trump’s administration went after China’s ICT vendors ZTE and Huawei and justified it by saying both represented a severe risk to national security. Negotiations between both countries was a protracted one, but a satisfactory trade deal for both parties was eventually reached in January 2020.

However, the trade truce is unlikely to diminish Trump’s desire to implement more control on the export of advanced technologies from China. In addition to this, the uncertainty, instability and widespread disruption that has ensued as a result of the trade war, has rather inevitably led to Beijing powerbrokers accelerating their drive to have technological autonomy.

Decisionmakers in China have recognised that by achieving technological autonomy gives them greater control over its own supply chain, which is an attractive proposition when you consider that the threat of further US sanctions and tariffs continues to lurk over them.

In order to achieve its aim of technological independence, China has had to adopt a different approach in terms of its overall strategy. Due to the political structure of the country it hasn’t always been receptive to the outside world.

It has been long accused of intellectual property theft, and Trump’s administration has claimed that Huawei has used its products to steal technology, an allegation which the US has never been able to backup with evidence.

However, the standoff and deterioration in relations between the US has forced Beijing to embrace international open-source, or free to use collaborations. It has significantly increased its investment in countries other than the US, and tech experts believe that this decoupling will not only directly impact US companies that rely on Chinese custom – but will also lead to the reconfiguration of the world’s tech supply chain.

The draconian measures and policies being pursued by the US Department of Commerce has led to an entire reevaluation of China’s dependency on US technologies. The biggest chasm is in hardware, particularly when it comes to the design and manufacturing of semiconductors and high-end chips.

In addition to this, China also leans heavily on the US in relation to software, which was best illustrated by Google’s Android ban on Huawei, which prevented the ICT vendor from using Google’s mobile services. That decision severely dented Huawei’s smartphone sales and forced the company to begin developing its own operating system.

In an interview with the Financial Times, Yan Ming, a director at the China Computer Federation, a research alliance, believes that China learnt a harsh lesson during the impasse between the US Department of Commerce and telecommunications company ZTE, which pushed the company to the brink of financial ruin.

“Developing autonomous and controllable technology is a solution to being controlled by others. The Trump administration really taught China a lesson when it temporarily imposed sanctions on telecoms equipment maker ZTE in 2018, taking the company to the brink of collapse. The lesson was: “If you continue like this, you are controlled by others and you won’t survive if I cut your supply chain,” he says.

In its efforts to bridge the gap in terms of semiconductors and chipsets, China has looked to India, according to Bas Fransen, lead analyst at the consultancy company TenX2.
“The Chinese are scouring the world for non-US semiconductor technologies to bridge the gap. Particularly in Bangalore, you come across many Chinese company reps and government officials looking for start-ups to acquire or invest in, and to persuade them to move to China,” said Fransen.

The drive for self-sufficiency and technological independence has also boosted smaller private Chinese companies. Charles Liu, a private equity investor told the Financial Times explains, “The drive for tech decoupling has increased demand for Chinese start-ups. They used to be thought of as too high-risk and so had no market to sell to; now they’re developing because there’s demand domestically,” said Liu.

The trade dispute between the two economic heavyweights is now on hold, with Donald Trump focusing his attentions on being re-elected for a second term as US president. His tough stance towards China may have won him admirers amongst his loyal Republican support, but it may well lead to China displacing the US as the global leader in technology as Beijing continues its charge towards technological autonomy. 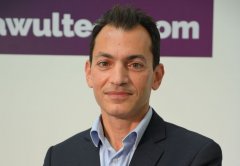