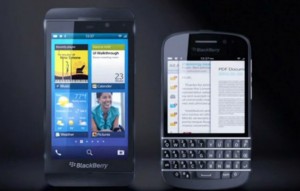 Research In Motion has hinted that two new BlackBerry 10-based handsets will be released in February, following the January 30 launch of the much-hyped operating system.

RIM is expected to unveil the phones at an event in New York City on Wednesday and will begin promoting BlackBerry 10 to consumers the following Sunday, when it will air a TV commercial during the Super Bowl in the United States.

The sporting event attracts one of the largest TV audiences of the year in America, and companies pay millions of dollars for a 30-second advertising spot, underscoring how important it is for RIM that its new BlackBerry platform will be a hit. The same commercial will also air in Canada, RIM’s home country.

In announcing its publicity plans on Friday, RIM also hinted at when the phones will be available to consumers. It said the TV spot “kicks off a week of worldwide launch activity for RIM’s BlackBerry 10 platform, along with the first two devices to run on the new platform.”

If the commercial marks the start of a week-long buildup to the launch, that would put the North American release of the phones at roughly the start of the second week in February.

The reference to two devices jibes with what the rumour mill has predicted for next week’s event – the large-screen Z10 and a second device with a physical keyboard. Images supposedly of the Z10 have begun appearing on BlackBerry enthusiast sites.