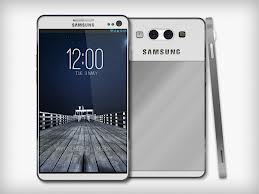 Samsung has set its sights on selling 10 million Galaxy S4 units per month.

Samsung is still weeks, maybe months away from launching the Galaxy S4 but is planning on selling a whopping 10 million per month, according to Money Today.

If the smartphone maker hits these targets it will make the Galaxy S4 fastest selling Android handset ever.

The news comes after Samsung announced it has sold 100 million Galaxy S series smartphones since the original Galaxy S launched in 2010. It took the firm seven months to flog 10 million.

For comparison the Galaxy S3 reached sales of 20 million in the space of 100 days, but Samsung hopes to hit this figure in two month for the Galaxy S4. To date the Galaxy S3 has sold more than 40 million units around the world.

Money Today claims that Samsung wants to shift a total of 500 million mobile phones this year with 300 million set to be smartphones. The site also said Samsung is said to be working on tablets in five different sizes – 7in, 8in, 10in, 12in and 14in.

Images and specifications have been leaked online of a Galaxy Note 8.0 which will be announced at Mobile World Congress next month.

The Galaxy S4 is tipped to get a Full HD 5in screen, wireless charging, a 13Mp camera and an Exynos 5 Octa 8-core processor. The latest rumours suggest it will be unveiled at a Samsung Mobile Unpacked event in the US on 22 March with a release date in April. .