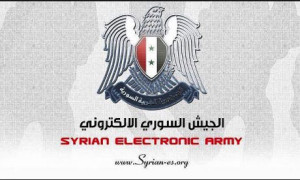 The Syrian Electronic Army claimed credit for grabbing control of a pair of Microsoft company Twitter accounts and the firm’s primary blog for a short time Saturday.

Microsoft regained control of the Twitter accounts within hours, deleting the rogue tweets and scrubbing the unauthorised posts from its blog.

It was the second successful attack against Microsoft’s social media presence this month. Two weeks ago the SEA hacked Skype’s Twitter account, blog and Facebook page. Skype was acquired by Microsoft in 2011 for $8.5 billion.

The SEA is a loose collective of hackers who profess loyalty to the government of Syrian President Bashar al-Assad. The group regularly targets Western websites, companies and human rights organisations with site defacements and redirects, denial-of-service attacks, and embarrassing commentary from shanghaied social media accounts.

Although some believe the SEA is supported or even controlled by Assad and his government, security researchers have found no cast-iron evidence connecting the two. Assad has praised the SEA’s work in the past, however.

Most of the SEA’s hacking activity has been rapidly corrected by their victims, but the defacements and unauthorised tweets have been embarrassing, if only because they point to security issues. It’s believed that the SEA gain access to websites and social media accounts by tricking employees into divulging credentials with phishing campaigns.

“Don’t use Microsoft emails (hotmail, outlook),” the SEA wrote on the hijacked Microsoft News account, one of two the group controlled Saturday. “They are monitoring your accounts and selling the data to the governments.”

The SEA also posted images it claimed were of Microsoft internal emails related to the weekend attack, including one allegedly from Steve Clayton, the Microsoft manager of its official blog and Twitter account, to several Microsoft public relations staffers, including Frank Shaw, who heads all corporate communication at the Redmond, Washington company.

In the purported email, Clayton named bitly, the URL shortening service, as the “backdoor that has been found.”

It’s unclear how the SEA was able to access the emails it claimed were from Microsoft employees.

According to the RSS feed of Microsoft’s blog, the SEA published 20 posts before Microsoft regained control. All read, “Syrian Electronic Army was here,” much like the WWII-era graffiti “Kilroy was here” once proclaimed.