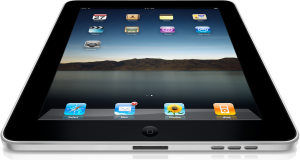 Piper Jaffray analysts Gene Munster and Douglas J. Clinton think that in the long run any cannibalising of Mac sales by iPads will pay off because by 2020 the market share of tablets will be great than PCs, and the iPad will have the biggest share.

“Thus, the gap will be significantly closed between tablet and PC unit sales by 2015. We believe tablets could overtake sales of notebooks by 2015 and total PCs well before 2020,” states the Piper Jaffray report.

The analysts said: “We believe Apple maintaining its majority (60 percent plus) market share in the ultimately larger tablet market is more important than meaningfully increasing single-digit market share in the PC space,” despite the price of Macs being two and a half times higher, wrote the analysts, according to a eWeek report.