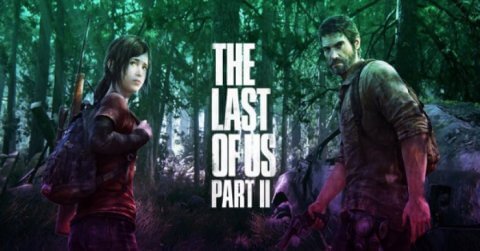 “The Last of Us”, one of the most anticipated series based on the PlayStation game of the same name, is finally out on HBO channel on 15th January, 2023. Knowing that after the series release the “The Last of Us” universe will have hundreds of thousands of new fans, cybercriminals were plotting new schemes before the series went live. Specifically, the fraudsters were spreading scams on the PlayStation game, which is extremely rare. What’s more, to infect victims with malware, they were offering downloads of a “The Last of Us” game for PC, but in fact this file has not even been released yet.

After watching “The Last of Us”, many viewers will definitely want to play this game and control the actions of their favourite characters themselves. But if they haven’t been fans of this game series before, they are unlikely to know that “The Last of Us” is exclusive to PlayStation. Notably, they may not realise that the first part of the game is only scheduled to be released for personal computers (PC) in March 2023.

The cybercriminals are actively exploiting the public’s lack of awareness. Kaspersky researchers found a site that offers to download “The Last of Us Part II” on PC. Users who don’t know that this version of the game is not available for computers yet will download a malicious file instead of the real game. This malicious file can hide on the computer undetected for years – you will not know that something is wrong because it may not cause any visible harm it will just silently do its job.

Kaspersky experts also discovered a phishing site that offers an activation code for “The Last of Us”. To download the file with the code, users are asked to choose one of the “gifts” that they will receive together with the game: for example, to get a brand-new PlayStation 5 or $100 Roblox Gift Card. However, after that users are told to enter their credentials and bank card data to pay the commission fee. In fact, by giving their data to the scammers, fans will have money stolen and will be left with nothing, while their personal data will later be used in other fraud schemes.

“The Last of Us will be a real boom in early 2023, considering how many years millions of fans have been waiting for the series. Curiously, now instead of offering pre-access to the series, cybercriminals have chosen a different path and are distributing malicious files under the guise of a game. This shows that gamers, especially the new ones who don’t yet know enough about cybersecurity when playing, are among the main target audience for cybercriminals, and they will come up with more and more ways to exploit them. Be alert and check if your coveted game is available on the platform offered, download games only from official app stores and don’t forget to use a trusted security solution”, comments Olga Svistunova, a security expert at Kaspersky.

To avoid falling victim to malicious programs and scams, Kaspersky recommends that users: