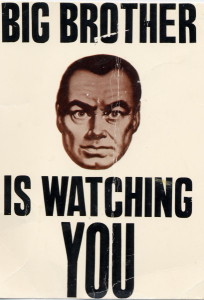 Eight top tech companies in the U.S. have asked governments around the world to reform surveillance laws and practices, and asked the U.S. to take the lead.

AOL, Apple, Facebook, Google, LinkedIn, Twitter, Yahoo and Microsoft said Monday that they understand that governments need to take action to protect their citizens’ safety and security, but “strongly believe that current laws and practices need to be reformed.”

Internet companies have been at the focus of disclosures through newspapers from June by former U.S. National Security Agency contractor, Edward Snowden, which suggested that the agency had real-time access to content on the servers of some Internet companies and was also tapping into the communications links between the data centres of Yahoo and Google.

The latest move appears to be one of many by the Internet companies to highlight that they are on the side of the user, and to bring pressure on governments, particularly of the U.S.

Facebook, AOL, Apple, Google, Microsoft and Yahoo wrote in October to the chairman and members of a U.S. Committee on the Judiciary, demanding that the surveillance practices of the U.S. should be reformed to enhance privacy protections and provide “appropriate oversight and accountability mechanisms.”

In an open letter to U.S. President Barack Obama and members of Congress on a newly launched website called Reform Government Surveillance, the companies said that “this summer’s revelations highlighted the urgent need to reform government surveillance practices worldwide.”

“The balance in many countries has tipped too far in favour of the state and away from the rights of the individual – rights that are enshrined in our Constitution,” the companies added.

Microsoft promised business and government customers worldwide last week that it is committed to informing them of legal orders related to their data, and will fight in court any ‘gag order’ that prevents it from sharing such information with customers. The company said it plans to encrypt customers’ information moving between its data centres by the end of 2014. Google and Yahoo have also announced plans to strengthen the encryption of their services.

“There needs to be a balance between safety and the personal freedoms of people, especially law-abiding citizens and institutions,” wrote Brad Smith, Microsoft’s general counsel and executive vice president of legal and corporate affairs in a blog post about the industry call for surveillance reform.

“The ultimate guarantee of these freedoms rests with the courts – as well as the court of public opinion,” Smith said. “Hence surveillance must be subject to judicial review in accord with clear legal rules.”

The companies have outlined through the website five reform principles including limiting government surveillance to specific, known users for lawful purposes, and greater oversight and accountability over intelligence agencies.