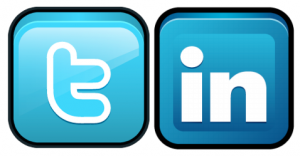 Twitter messages will go down a one-way street on LinkedIn after Twitter shuts off its flow of data to the professional networking site on Friday.

LinkedIn users can still opt to share their status updates written on its website with Twitter, but not the other way around. In an email to users, LinkedIn said Twitter had “evolved its strategy.”

“We know that sharing updates from LinkedIn to Twitter is a valuable service for our members,” according to the notice. “Moving forward, you will still be able to share updates with your Twitter audience by posting them on LinkedIn.”

The two companies had worked together since 2009. Twitter was oblique about the changes and didn’t mention LinkedIn, writing that it did not want developers to mimic its application.

Michael Sippey, a Twitter group product manager, wrote on Friday that the company is developing a platform that would allow applications to run within Twitter messages.

Also under development are features that allow developers to more deeply integrate Twitter into their sites, including “follow” and “tweet” buttons, embeddable tweets and a search widget, he wrote.

“These efforts highlight the increasing importance of us providing the core Twitter consumption experience through a consistent set of products and tools,” Sippey wrote.