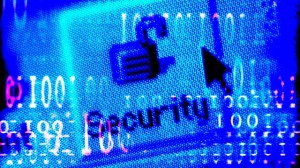 The U.S. on Thursday said it ordered sanctions against Iran’s Minister of Communication and Information Technology, Reza Taghipour, and other entities and persons responsible for engaging in censorship in their country.

Taghipour is blamed by the U.S. for ordering the jamming of satellite television broadcasts and restricting Internet connectivity, according to a statement from the U.S. Department of State.

Iran has for some time considered separating its own internal networks from the global Internet describing it as unsafe. Earlier this year, the Iranian Students’ News Agency quoted Taghipour as saying that the Internet is an “unsafe network,” and that Iran would use local software to create a national grid.

The Iranian government has also put restrictions on Internet users, according to civil rights groups.

Others sanctioned by the U.S. are Iran’s Ministry of Culture and Islamic Guidance and its Press Supervisory Board, which are said by the U.S. to have limited freedom of expression through their censorship and closure of newspapers and the detention of journalists.

The Department of State said it is also designating key individuals and entities “responsible for assisting the regime in its crackdown on and censorship of the Iranian people.”

The actions were taken under Section 403 of the Iran Threat Reduction and Syria Human Rights Act of 2012, signed by U.S. President Barack Obama in August, and executive order 13628, which Obama signed into effect on Oct. 9.

The U.S. has already imposed a number of sanctions on Iran in connection with its nuclear programme, which Iran insists is for peaceful purposes, but the U.S. holds may lead to Iran building a nuclear bomb.

The sanctions on Thursday which target “individuals and entities who have engaged in censorship or other activities with respect to Iran on or after June 12, 2009” was included in one of three orders sanctioning a total of 17 individuals and entities, including those charged with terrorism and with proliferation of weapons of mass destruction.