Dubai International Financial Centre (DIFC) Courts has announced its partnership with Microsoft to drive the digital transformation of the commercial courts systems in the region and beyond. 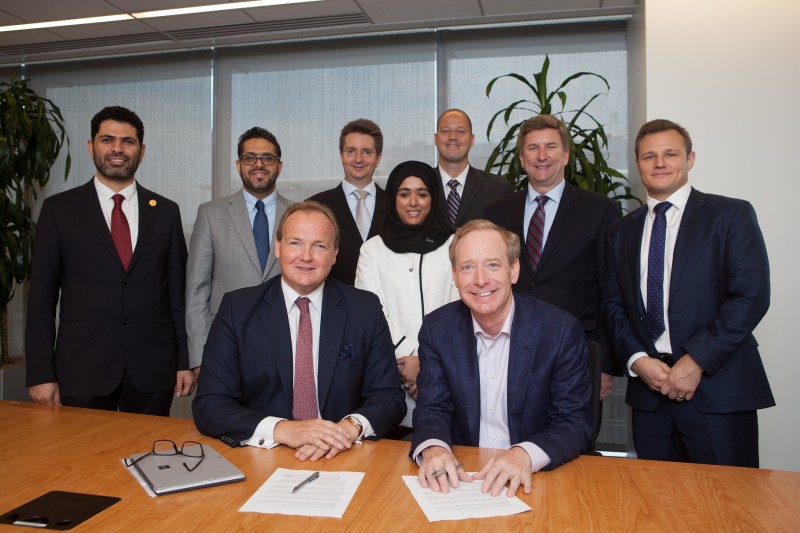 Utilising the latest technologies, DIFC Courts highlighted that the Smart SCT has already proven the promise of digital courts, enabling parties to attend a virtual court from anywhere in the world, and to benefit from globally enforceable judgements. In 2017, the service was named one of the world’s Top 10 Court Technology Solutions by the US-based National Association for Court Management (NACM).

As a first step, the agreement is aimed at enhancing connectivity and virtual solutions to advance the more traditional court areas such as registrations, filings, case management, and even trials.

For the courts of the future, DRA’s unique partnership with Microsoft formalises a joint ambition to advance technological innovation by leveraging their combined skillsets of court management, judicial excellence and digital transformation to create new standards of digital excellence – in line with achieving DIFC Courts’ 2021 vision of establishing and maintaining a world-class courts system that is reliable, accessible, efficient and fair.

Mark Beer, OBE, registrar-general, DIFC Courts, CEO of DRA and president-elect of the International Association of Court Administrators (IACA), said, “As technology becomes universal, entrepreneurs and investors should be able to rely on courts to provide certainty, even as old models are disrupted. By bringing together two pioneers in their respective fields, the DIFC Courts and Microsoft believe we can help to secure businesses in the future by ensuring commercial dispute resolution keeps pace with the new digitised, connected, virtual world.”

Technology has been central to the DIFC Courts’ operating model since starting operations in 2006. Among the many technologies the courts have pioneered to increase access to justice, is the state-of-the-art e-filing system that now accounts for approximately 90 percent of all documents filed.

“Microsoft is committed to empowering every individual and organisation on the planet achieve more,” said Sayed Hashish, regional general manager, Microsoft Gulf. “Our partnership with DRA’s DIFC Courts is a prime example of how digital transformation can open up new avenues of operational excellence. By focusing on the pillars of engaging customers, empowering employees, enhancing operations and transforming services, organisations like DIFC Courts can deliver tangible change that sets them apart from peers. We look forward to working with them in their continuing campaign to envision and promote excellence within the global legal community.”

In addition to exploring the potential of the Microsoft cloud for continuous innovation, DIFC Courts will also engage in thought leadership discussions with Microsoft experts to drive digital transformation, and collaborate further to bring about disruptive technological concepts for ground-breaking advancement in civil and commercial dispute resolution.

“This is what makes digital transformation so exciting,” Hashish added. “Organisations take a due-diligence path to excellence, supported by the technologies of the cloud, and then go on to become leaders and teachers. We are thrilled to be a part of those journeys – to watch innovators innovate and then move on to help others benefit from lessons learned.”