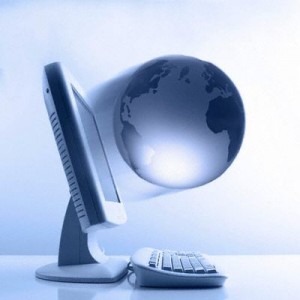 Venture capitalists invested US$2 billion in 257 deals with young IT companies in the quarter, according to a quarterly survey by Dow Jones VentureSource. That marked a 14 percent increase in dollars and a 2 percent increase in the number of deals compared with the first quarter of 2011, making IT the only large industry where both figures rose.

By contrast, investors trusted 76 percent less money to consumer internet companies, in 17 percent fewer deals, than they did a year earlier. That segment attracted $375 million in 88 deals in the first quarter of this year, according to VentureSource. The survey noted that one reason for the big drop may have been the strong quarter a year earlier, when hot companies such as Zynga and LivingSocial raised large amounts of money: $870 million between the two of them. Zynga has since gone public.

In the IT arena, software companies took in the most investment, making 196 deals for a total of $1.3 billion. That was 6 percent more deals and 61 percent more money than a year earlier. Business application software made up the biggest chunk of that category, according to Jessica Canning, global research director at Dow Jones VentureSource.

Business technology companies across at least two categories did well at the venture trough during the quarter. The second-largest funding round in all of software was for Appirio, which sells technology to help companies take advantage of cloud-based services. But there were also big gains in IT fields that VentureSource classifies under business support services. For example, funds raised by information security companies such as LifeLock grew from $28 million to $135 million, and project and document collaboration companies boosted their fundraising from $2.5 million to just over $100 million, Canning said.

One other bright spot in the overall decline, besides the IT industry, was medical software and information services, where companies brought in $102 million, up 75 percent from a year earlier. The number of deals in that business rose from 17 to 18.

Venture capital companies themselves are raising less money to invest and have been spending more time on exit strategies, Canning said. But in addition, more startups today are already bringing in revenue, so they can wait longer between funding rounds, she added. In the first quarter of this year, 55 percent of venture-funded companies had revenue. In the heady days of the 2000 dot-com bubble, only 28 percent had ever sold anything.

Canning said there is no tech bubble today, despite Facebook’s recent $1 billion purchase of Instagram and the roughly $3 billion initial public offering by big-data software company Splunk on Thursday.

“A bubble is really when you see the entire industry raise in value, disproportionate to the value they’re actually bringing in-house in revenue,” and that’s not happening now, Canning said. By way of comparison, she pointed out that total venture investment for all industries in 2000 was $94 billion.