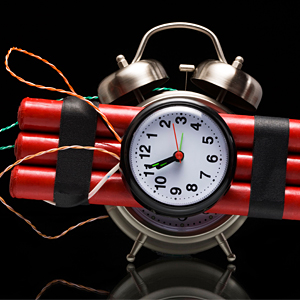 The majority of UK organisations now employ server virtualisation, but new research reveals that there may be a significant shortfall in their software licensing compliance, according to software asset management firm License Dashboard.

In a straw poll conducted among its customers in December 2012, 87 percent said that virtualisation is factored into their software asset management (SAM) strategy, yet only 42 percent use a dedicated licensing solution for the task.

Nineteen percent of respondents said they don’t do anything, and 39 percent use an IT asset management (ITAM) or procurement system to track licenses, which is often too simplistic in its licensing analysis to factor in the implications of virtualised environments.

According to Matt Fisher, director at License Dashboard, virtualisation means that organisations operate many instances of a software program on a single physical machine. However, traditional software licenses require the organisation to license each virtual machine separately.

“While many vendors, including Microsoft, have added user-centric elements to their licensing terms, licensing under virtualisation remains a grey area,” he said. “As a result, licensing each virtual machine separately is often the safest approach to avoid the risk by being non-compliant.”

Fisher said the issue becomes even more complicated with technologies such as VMware’s Distributed Resources Scheduler (DRS), which dynamically allocates IT resources to the highest priority applications. This means that an application has the potential to be used on every virtual machine if the need arises.

“With current device-centric licenses this will often require the organisation to license every application on every virtual machine based on the potential that the application could run on it during peak times, unless significant rules are put in place governing the use and deployment of licenses in virtual environments,” he said.

“Based on our own analysis of customer’s virtualised environments, DRS has the potential to increase an organisation’s server licensing requirements by up to 500 percent at the flick of a switch.”

This is not only a significant additional licensing cost for the organisation to bear, but if left unchecked, exposes the organisation to a hefty fine for non-compliance when it is next audited. According to Licence Dashboard’s poll, 67 percent of organisations had at least one software audit during 2012, with 16% having three or more.

“DRS has the potential to be a ticking time bomb for many organisations, so we urge them to review how their software is deployed in virtualised environments or risk facing significant fines in 2013,” concludes Fisher.