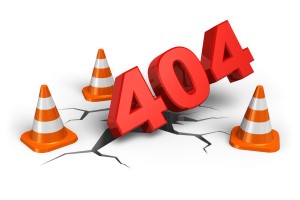 Seeing a “404 error” or the Twitter “Fail Whale” can really kill a good online buzz. Those kinds of service outages, though, occur on the Internet on a daily basis, as the latest numbers from Outage Analyzer illustrate.

Over the last five months, there have been 1,413 full outages worldwide, or about nine a day, and nearly 8,000 partial outages, or 53 a day, according to figures from the free Internet service tracker. A full outage results when a web service is unavailable; a partial outage happens when only some of a service’s users are affected.

The numbers are down from previous reporting periods, says Ben Grubin, director of product marketing for Compuware APM, which operates Outage Analyzer. But if you’re knocked offline for an hour or more, that trend isn’t likely to offer much comfort to you.

While full-service outages get the most attention, a partial-service outage is more likely to occur and affect a limited number of individual Web and mobile transactions while leaving others completely untouched, Outage Analyzer explained in its report.

Not only do these outages affect online users, but mobile phone users, too, Grubin said. “Most people think of mobile apps working on their phone, but most mobile apps are reaching across the Internet to Web services, just like anything else,” he told PCWorld.

Web service outages can be caused by a number of factors, noted David Belson, editor of the Akamai State of the Internet Report and Akamai’s product line director for customer government engineering.

For instance, a web service’s infrastructure may be insufficiently scalable. “That was a key issue with Twitter for a very long time,” Belson told PCWorld. “They grew faster than they anticipated so you saw the Fail Whale more frequently than I suspect they would have liked.”

Infrastructure failure is another cause of outages. “We’ve seen that with Amazon Web Services in the past,” Belson said. “There’s a power outage and the generators are supposed to kick in, but for some reason they don’t so whole cloud regions become unavailable because they have no power.”

Outage Analyzer also found that the web services with the most outages contain ad servers and social media components.