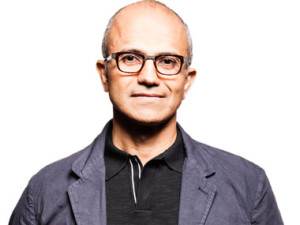 Satya Nadella will hold his first press conference as Microsoft’s CEO next week, and reports are emerging that he’ll unveil a version of the Office suite for Apple’s iPad.

Nadella will appear at a press briefing in San Francisco next Thursday to discuss news focused on “the intersection of cloud and mobile computing,” according to a Microsoft invitation being sent to reporters.

The invite makes no mention of Office or the iPad, and a Microsoft spokeswoman declined to say what will be discussed at the event. But various news reports Monday, citing unnamed sources, indicate that Nadella will launch a version of the software for Apple’s tablet.

The recently announced Office 365 Personal subscription was seen as a likely harbinger for Office on the iPad. That’s partly because of a vague reference to a “tablet” installation in the announcement.

“It’s designed for an individual, allows for one PC or Mac and one tablet to be connected to the service,” Chris Schneider, a senior marketing manager with the Office team, wrote in a blog post at the time.

When Microsoft talked about Office 365 and tablets in the past, it usually specified there would be a version that could be installed on “Windows” tablets.

Microsoft has been talking for months about its work on a “touch first” version of Office for Windows, Android and iOS tablets, but it’s been quiet about the timing. Critics say it’s already long overdue.

There’s already an Office version for iPhones that requires an Office 365 subscription, and there are iOS versions of some Office applications, such as OneNote.