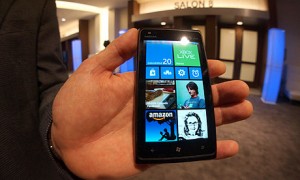 Despite distressingly poor sales to date, Windows Phone 8 is set to consolidate its place as the ‘third platform’ behind Google and Apple in the next five years, analysts Ovum and Gartner have predicted.

Ovum predicts that Microsoft’s mobile OS will rise from 4.5 percent market share in 2012 to 13 percent by 2017 on the back of a reported $1 billion marketing campaign to raise its profile among consumers.

The cash will help mobile operators and developers engage with an operating system they’ve largely ignored until now but it is the software’s integration with Microsoft’s other platforms, Windows 8 and the Xbox system, that will start to deliver much of the improvement, Ovum said.

“While there is very little wrong with the software, its design is significantly different from the current status quo of the “grid of apps” user interface, and this change represents a perceived risk to potential customers,” commented Ovum’s senior analyst Nick Dillon.

As it launches Windows Phone 8 – which in some analyst’s eyes is its first serious contender given the immaturity of previous versions – this is the sort of upbeat news Microsoft will be happy to hear.

Gartner is also reportedly upbeat about Windows Phone 8, predicting the platform could rise from today’s 17.4 million global users to north of 200 million by 2016. In the same period Android will have reached a billion users while Apple will have slowed dramatically to a base of around 266 million.

Assuming it still exists, RIM’s BlackBerry will have shrunk to 23 million in the same time, the implication of which is that the market is only able to sustain three platforms at most. Others will have to pick up the crumbs.

So far there have been only a small number of sceptical voices among an analyst community largely adopting a wait and see approach to Windows Phone 8. It seems few want to bet against Microsoft’s ability to throw money at its projects until something sticks.

Money will buy Microsoft a certain amount of love. After that it’s over to the carriers, the sales people who work for them, developers with plenty of work on their hands already and a hard-to-please consuming public.