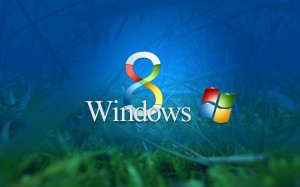 Microsoft executives said Windows Server 8, the beta of which is expected out in the next several weeks, is the most storage-focused OS release to date.

The new file-sharing capability allows a virtualised server infrastructure to utilise shared JBOD storage through the use of RDMA-enabled network interface cards (RNICs). To date, Microsoft has qualified one 10GbE NIC from Intel and a 10GbE and InfiniBand NIC from Mellanox Technologies.

RDMA allows servers, through special NICs, to access the memory of other servers without the use of the operating system, offering very high throughput, low latency networking for server clusters.

Jim Pinkerton, a partner architect in Microsoft’s File Server Technologies development group, compared the ability to use RDMA over Ethernet or InfiniBand to that of the high-speed storage protocol Fibre Channel, in that a network interface card is used to offload network protocol traffic from a server’s CPU.

“Think about going over the network for storage to get better performance, but your CPU [use] doesn’t go up,” said Pinkerton said.

SMB 2.2 has a multi-channel feature that enables the use of multiple physical network interfaces in an SMB 2.2 client and server. For example, Microsoft has tested a SQL database running across four 10GbE channels. Pinkerton said a SQL database his team ran achieved 6.5GB/sec total throughput or 280,000 I/Os per second using 8K writes with SMB 2.2.

Windows Server 8, which will replace Windows Server 2008, will also feature Live Migration, a tool that allows administrators to move stored copies of virtual machines from one storage server to another without taking down the virtual machine. The migration feature could allow data to be moved while a bad hard drive or array is replaced, or it could be used for SAN upgrades or just to migrate data from one storage platform to another.

Pinkerton said the Live Migration upgrade will also remove downtime on Patch Tuesdays by allowing admins to migrate virtual machines and applications onto another server node, upgrade the original server and then migrate the applications back.

Additionally, Windows operations such as Check Disk or Check Sum can be used to prepopulate a list of data errors — in a database, for example — without having to take a server or application offline, Pinkerson said.

Windows Server 8 allows admins to take a snapshot of data to create a list of errors that can then be used to take a volume offline only long enough to correct the data problems.

“The time to perform Check Disk today is proportionate to the number of files in a storage system. So if you want to check 100 million files, you have to take the whole cluster off line to check it, and that could take hours or days,” Pinkerson said. “That operation can now be measured in seconds.”

Additional management tools will allow adminstrators to oversee up to 200 hard drives or SSDs, allowing the disks to be seen as a single pool of capacity that can be carved up into logial unit numbers (LUNs) and volumes to be shared among physical servers.

“It’s a lot harder to find guys to mange a Fibre Channel fabric than an Ethernet fabric. A lot of this stuff becomes more self service or doable by people in the data centre,” said SW Worth, a senior program manager at Microsoft.

Data deduplication and thin provisioning, or the ability to expand storage volumes on an as-needed basis, is also native to Windows Server 8. “Think of us as a new entry in the enterprise storage space. We’re competing for some of that business,” Worth said.

“The path we’re going down is file-based access, so you don’t need storage rocket scientists to administer your environment. And, we’re also using SSDs to get performance without having to tune the disks,” Pinkerton said, referring to the practice of short-stroking Fibre Channel hard drives to achieve peak performance, which also greatly reduces available storage capacity.

Microsoft also upgraded its access list control (ALC) to enable users to specify who can read and write to documents based on their business unit or the sensitivity of the data itself. For example, documents can be classified as business critical, as containing personal employee data, or they can be classified by business, such as legal, finance or marketing.