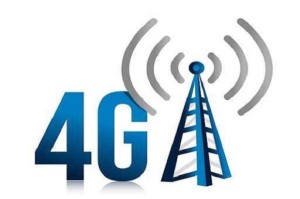 The number of 4G-LTE mobile connections worldwide is forecast to pass one billion by 2017, according to a new study by GSMA Intelligence, the research arm of GSMA, the international trade body for mobile operators.

By 2017, it is expected that 4G will account for about one in eight of the eight billion-plus total mobile connections forecast by that point, up from 176 million at the end of 2013.

Nearly 500 4G networks are forecast to be in service across 128 countries by 2017, roughly double the number of live LTE networks today.

“Since the launch of the first commercial 4G-LTE networks in late 2009 we are seeing deployments accelerate across the globe,” said Hyunmi Yang, chief strategy officer at the GSMA.

“Our report highlights a number of factors that are driving 4G growth – the timely allocation of suitable spectrum to mobile operators; the availability of affordable LTE devices; and the implementation of innovative tariffs that encourage adoption of high-speed data services.”

Yang said mobile operators in both developed and developing markets are seeing 4G services contributing to a significant increase in ARPU (average revenue per user).

The study calculates that about 20 percent of the global population is currently within 4G network coverage range. As operators continue to expand 4G coverage over the next few years, it is forecast that 4G networks will be available to half of the world’s population by 2017.

In the US, 4G networks already cover more than 90 percent of the population, compared to 47 percent population coverage in Europe and 10 percent in Asia.

The US currently accounts for almost half (46 percent) of global 4G connections. The US, South Korea and Japan combined account for 80 percent of the 4G total today.