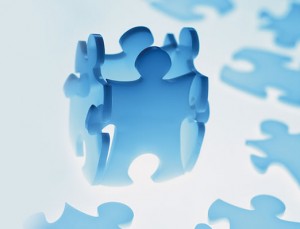 A new survey commissioned by Xerox and McAfee, reveals that more than half (54%) of employees say they don’t always follow their company’s IT security policies (33%) or aren’t even aware of the policies (21%) – leaving the security of customer credit card numbers, financial reports, and HR and tax documents at risk.

According to the survey, 39% of employees who copy, scan or print confidential information at work worry at least sometimes whether the information on a networked device will remain secure.

To address this concern, Xerox and McAfee announced that the two companies are teaming up to design a security system to help companies protect against threats to this confidential data.  By integrating embedded McAfee software into Xerox technology, the two companies plan to use a whitelisting method that allows only approved files to run, offering significantly more protection than traditional black listing tactics, where a user has to be aware of and proactively block viruses, spyware and other malicious software.  Additionally, the solution provides an audit trail to track and investigate the time and origin of security events, and take action on them, the companies said.

“With more than 50,000 new security threats emerging each day, protecting sensitive company information can be intimidating for IT managers – especially when you consider that any device sitting on the network, from a PC to a fax machine, can be exposed to those threats,” said Dan Smith, head of integrated marketing for the Middle East and Africa region of Xerox’s Developing Markets Operations. “This partnership will work to ensure those devices are secure and company information is protected.”

In addition, the survey reported that more than half (54%) say computers pose the biggest security threat to their company’s network compared to other IT devices, while only 6% say it is MFPs. Only 13% of employees whose workplace has a printer, copier or MFP say they are prompted to enter a password or passcode on the MFP before releasing a job they’ve printed or accessing the ability to copy, the companies said.

“The threat landscape has evolved to include devices that when originally designed, where never considered a security threat,” said Tom Moore, VP of embedded sales, McAfee.  “Now we are seeing the need for security on devices like MFPs to protect confidential and proprietary data, which if lost or stolen, could negatively impact a company and its employees.  The partnership with McAfee and Xerox embeds security into the device for better protection.”