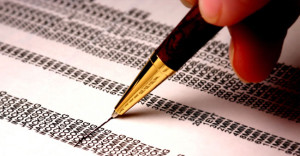 There’s a good chance a few zombie phones are feasting on your mobility budget, and you don’t even know it. They’re draining dollars and making you look foolish. It’s time for a zombie kill of the week.

At least that’s what Pankaj Gupta, CEO at Amtel, a mobile device management vendor, has found at companies with large mobile phone workforces. The term “zombie phone” was coined by Amtel to describe a mobile device that is presumed dead yet is still being billed by the carrier every month.

“When we were analysing companies’ mobile networks, we were finding that they had a certain ratio of phones that they thought had been disconnected, but those lines were actually alive,” Gupta says.

Zombie phones are everywhere
If you’re a company with 500 to 50,000 mobile lines, Amtel says, it’s almost a certainty that you’ve got zombie phones.

During an audit of mobile devices for a large multinational biotech company, Amtel discovered that 2 percent of mobile phones were zombie phones that were costing the company $70,000 annually. So it’s worth the effort to hunt down these zombie phones.

How do zombie phones infest a company? They slip through the cracks, thanks to the inefficiencies of the wireless carrier and lack of monitoring from the customer.

In the world of BYOD (or “bring your own device”), for instance, employees are often asked to take over liability and payment of a corporate-issued phone. This is a tedious process that requires a lot of back-and-forth phone calls with the carrier.

“We average about 20 to 25 minutes per user to convert from a corporate-liable to an individual-liable line-and we’re good at it,” Brandon Hampton, founding director of Mobi Wireless Management, told CIO.com last year.

Amtel found that the transfer of liability doesn’t happen with 10 percent of the phones, possibly due to clerical error or something more nefarious. “Carriers love [zombie phones] since it is a source of income for them,” Gupta says. “But for companies, it is a big wastage and drain on resources.”

Why you need zombie hunters
While the employee now has the phone, the carrier continues to send the invoice to the company, and the company keeps paying the bill. Even worse, the company might give the employee a BYOD stipend that automatically appears in his pay cheque, in order to avoid the hidden cost of processing expense reports. In this case, the company is paying double for the BYOD phone.

Again, 10 percent of the time the phone does not get terminated and continues to suck resources.

There’s no question BYOD is shaking up the relationship between company and carrier in an area of extreme inefficiency, namely billing. This is opening the door to zombie phones.

What companies really need are zombie hunters, in the form of mobile device management and monitoring software, to track down these zombie phones and shoot them dead.