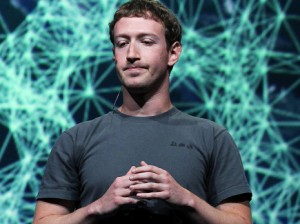 Facebook CEO Mark Zuckerberg gave his first interview Tuesday since the company’s troubled initial public offering earlier this year saying the performance of the stock has “obviously been disappointing” but said Facebook has big opportunities in both mobile and search.

Addressing one of the main criticisms of Facebook — that it doesn’t have a good strategy to make money from mobile users — Zuckerberg said Facebook’s prospects on mobile devices are one of the most “misunderstood” things about the company.

“I think it’s easy for folks to underestimate how fundamentally good mobile is for us,” Zuckerberg said in an on-stage interview at the TechCrunch Disrupt conference in San Francisco.

More people have phones than PCs, giving an advantage in terms of sheer numbers, he said. And people engage with the service more frequently on their phones than on PCs. “We already see mobile users are more likely to be daily active users,” he said, with most mobile users checking the site six out of seven days a week.

“We think we’re going to make more money on mobile than on the desktop,” he said.

Still, when pressed about the company’s mobile efforts, Zuckerberg admitted Facebook has made “missteps.” For one thing, it decided two years ago to start developing for the Web first, using HTML 5, rather than focusing on native apps.

“I think the biggest mistake we made as a company was betting on HTML 5 instead of native,” he said.

“It’s not that HTML 5 is bad,” Zuckerberg said, and he’s optimistic about the technology in the long term. But after Facebook decided to develop for the Web first, its mobile strategy suffered.

“But we’re coming out of that; the [new] iOS app is out and the [new] Android will be out soon,” he said. Asked later to be more specific about timing for the Android app, he said: “It will be ready when it’s ready.”

Search is another big opportunity for the company, according to Zuckerberg. Facebook fields about a billion search queries a day, he said. They are mostly people searches, but also searches for company brand pages and applications.

“I think Facebook is uniquely positioned to answer a lot of queries people have,” he said. “Like, ‘What sushi restaurants have my friends gone to in New York in the last six months and liked?'”

“I know there’s a big opportunity there and we just need to go and do that,” Zuckerberg said, adding later: “At some point we’ll do it.”

He once again dashed rumours that Facebook will build its own branded smartphone. “It’s so clearly the wrong strategy for us,” he said. Facebook has 950 million users, he said. Even if 20 million people bought a Facebook phone, that would “barely move the needle” in terms of serving its audience.

“We’re going in the opposite direction” from companies that are building their own phones, such as Google and Apple, he said. “We want to build a system that’s as deeply integrated as possible into every device people use.”

Zuckerberg has kept a low profile since the company’s initial public offering in May, which was dogged with technical problems and has resulted in Facebook and the Nasdaq stock market facing at least 30 lawsuits from disgruntled investors and others.

Some of the lawsuits accuse Facebook of unfairly sharing information about its business with its underwriters ahead of the IPO, putting the wider investment community at a disadvantage. Other lawsuits target the Nasdaq, on which Facebook’s shares are traded, for technical problems on the day of the IPO.

In addition, Facebook’s stock price has declined by about half since the offering, in part over concerns that the company can’t sell ads effectively to the millions who access its service from mobile devices.

Facebook’s shares closed at US$19.43 Tuesday, up slightly from the previous day but down from its initial offer price of $42.

Asked if the stock price has caused a morale problem at Facebook, Zuckerberg deadpanned: “It doesn’t help.”

But Facebook employees are used to the ups and downs and are motivated by building great products, he said.

“Facebook has not been an uncontroversial company in the past; it’s not like this is the first up and down we’ve had,” he said.