IT spending in the UAE is expected to grow by a compound annual growth rate (CAGR) of eight percent to reach AED 23.1 billion ($6.26 billion) by the end of 2019, according to the Dubai Chamber of Commerce and Industry. 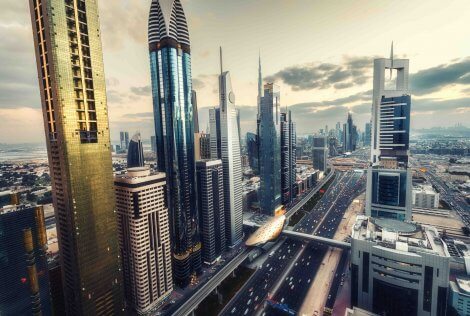 The analysis from the Dubai Chamber, which was released during GITEX Technology Week based on a recent data from Fitch Solutions, revealed that IT spending in the UAE increasing at a CAGR of 2.3 percent between 2014 and 2018, with this value forecast to grow by 7.2 percent annually over the next five years.

According to the study, the digitisation of the UAE economy along with the growing adoption of Internet of Things (IoT) technologies and Expo 2020 Dubai are the key factors supporting the robust outlook for the sector.

The study highlighted that the IT sector accounted for AED 21.4 billion or 1.4 percent of the UAE’s GDP in 2018.

Hardware sales, which include personal computers and servers, were mainly driven by strong demand from businesses and consumers, as well as economic diversification plans. Personal computers (PCs) and server sales are the major components of computer hardware.

The UAE has one of the highest household PC penetration rates in the region, according to the study. Purchases of PCs by consumers are expected to maintain momentum as smartphones are seen as complementary products to computers rather than substitutes.

Several global companies like Amazon Web Services and Alibaba have invested in the UAE’s IT market in recent years which have strengthened business confidence in the market. As a result, the supply of IT services has increased in line with consumer demand in the region.

Dubai Chamber highlighted that the UAE remains the most attractive IT market in the region and the country continues to attract industry leaders from around the world. Companies will likely continue to invest in IT infrastructure, especially in network systems, hardware and software over the next few years.

The UAE’s IT market offers a wealth of business opportunities for vendors and investors. Demand for cybersecurity software and services is projected to increase as public and private sector players look to reduce the risk of cyberattacks and adopt cloud computing and Internet of Things solutions.

Companies operating in key economic sectors such as energy and financial services are expected to maintain high levels of spending on IT products to optimise operational efficiency.

In addition, the UAE is expected to scale up investments in artificial intelligence and blockchain solutions – a trend that should lead to more growth opportunities for businesses.