“As enterprises move their high-value data and services to the cloud, it’s imperative to reduce cyber-risks that can take down businesses,” said Gokul Rajagopalan, director of product management at Vectra. “Our continued strength and leadership in AI-driven cybersecurity – coupled with our availability in AWS Marketplace – validate Vectra as a premier provider of network threat detection and response for the cloud.”

The Vectra platform uses Amazon VPC Traffic Mirroring to monitor connections in AWS deployments to detect hidden threats without using agents. It is rapidly and efficiently deployed using AWS CloudFormation and Vectra insights are published as findings in AWS Security Hub. The performance and health of the deployment can be fully monitored through Amazon CloudWatch.

When enterprises scale the size and number of their VPC instances, increased visibility becomes a requirement that is complex to support. Amazon VPC Ingress Routing is a service that helps customers simplify the integration of network and security appliances within their network topology.

With Amazon VPC Ingress Routing, customers can define routing rules at the Internet Gateway (IGW) and Virtual Private Gateway (VGW) to redirect ingress traffic to third-party appliances, before it reaches the final destination. This makes it easier for customers to deploy production-grade applications with the networking and security services they require within their Amazon VPC.

This builds on the momentum from earlier this year when Vectra announced that its AI platform features Amazon VPC Traffic Mirroring, enabling enterprises to natively run Vectra in AWS environments, as well as the achievement of AWS Advanced Technology Partner accreditation. A worldwide community of security teams now actively use Vectra to secure their cloud and hybrid environments with integrations through AWS CloudFormation, AWS Security Hub, and Amazon CloudWatch. 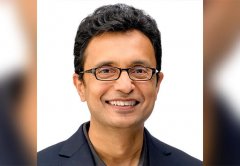