Acer has announced the launch of a series of new products in the UAE including the thinnest laptop – Swift 7. 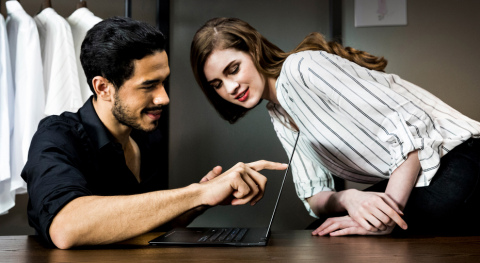 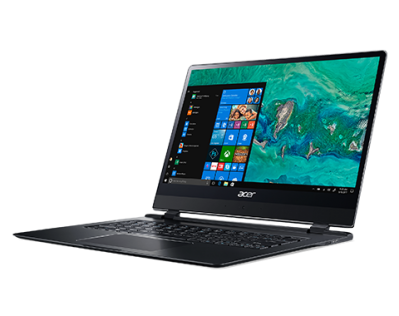 The second edition of Swift 7, which was showcased at CES 2018 has further reduced in size by 1mm, as the company attempts to stretch the limits of how thin its devices can get.

The initial Acer 7, which was showcased in 2016, was the first device to break the minus 10mm barrier. Acer has been investing heavily into keeping its laptops thin and as a senior company official points out is one of the three priorities of its laptop business.

Paul Collins, General Manager at Acer, MEA said the Swift 7 was by far the thinnest laptop in the world. “We are not showcasing it here yet,” he said. The Swift 7, according to him will hit the retail stores only by the middle of 2019.

“We have reduced the size of the Swift 7 from 9.98mm to 8.98mm (0.394 inches). We have been focusing on keeping our devices thin and slim. It has been a conscious effort,” he said. The latest Swift 7 is so thin that in comparison it is only slightly bigger than the Type B USB port. The Swift 7 comes has a 14-inch Full HD screen and with very thin bezels with a 92 percent screen to body ratio and weighs about 1.18kgs.

The device is powered by a 1.3GHz Intel Core i7 machine with

Collins was speaking to TahawulTech during a recent event where, Acer showcased multiple other products including the Chromebook 514, Swift 3, Helios 300, Swift 5 and the all new Predator XB27 Monitor.

“Our key focus during the past year has been gaming, going thin and light and Chromebook,” he adds.

The Swift 5, which is also the thinnest in its type will however be available across major retail stores starting mid-October.

“We first announced it at the IFA in Berlin. We are planning to start retailing it here in the UAE sometime during October,” he said.

The 14-inch Swift 5 with a touch screen, meanwhile is the thinnest Core I notebook in the world and weighs about 950 grams. The 15-inch version weighs about 970 grams.

Key attributes for success include revenues from Acer’s Chromebook collection, gaming line and the ultra-thin portfolio.