The UAE’s healthcare industry is a prime target for cybercriminals, who often seek out protected health data and sensitive user information, especially in the wake of COVID-19.

In reinforcing its security posture, the Thumbay Group converted its legacy anti-virus platform with Trend Micro’s industry-leading solutions. The Thumbay Group has greatly improved its security posture across 46 pharmacies, eight hospitals, and one university hospital, along with medical research, diagnostics, health communication, wellness, laboratories, and nutrition.

“With threats against the UAE’s healthcare industry increasing in volume and complexity, the Thumbay Group needed a centralised cybersecurity system that extended beyond the endpoints”, said Akram Moideen, Director of Thumbay Technologies. “Our security transformation with Trend Micro is providing a 360-degree security approach with real-time visibility, instant reports for meeting compliance, and quickly distributing updates and patches”.

The Thumbay Group Stops About 600,000 Attempted Cyber-Attacks in 3 Weeks

As part of its initial system analysis across the healthcare group, the Thumbay Group detected roughly 7,600 malicious communications, which were promptly neutralised within minutes.

Furthermore, over a three-week period, TippingPoint stopped about 600,000 attempted attacks on the Thumbay Group’s environment, including more than 10,000 attacks that were critical and dangerous. Over a one-month period, Deep Security was able to detect and protect 2,498 vulnerabilities from being exploited on nine critical servers, using virtual patching.

The Thumbay Group can also better conform to IT security and data governance regulations outlined by the Dubai Health Authority (DHA), the UAE’s Ministry of Health and Prevention, and the Global Health Security Initiative (GHSI) standard for data security in healthcare.

“With the healthcare industry under threat from unprecedented levels of cyberattacks, the Thumbay Group is showing best practices in transforming their security infrastructure to remain proactive with security protocols”, said Majd Sinan, Country Manager, UAE, Trend Micro. “With such a vast attack surface area within the hospital environment, healthcare providers should consider solutions that provide full visibility across each of their vulnerable endpoints”.

In the next stage of its digital transformation, the Thumbay Group is considering centralising its data in a data center and leading an organization-wide change of culture in prioritising security.

The Thumbay Group is in discussion about using Trend Micro XDR for their remote security operations center (SOC), helping to reduce the time for detection, response, and investigation. 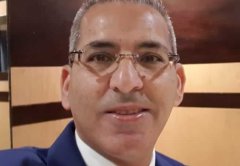 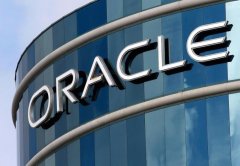