The business case to move to a unified solution of voice, data and video is strong. The complexity of managing administration of three separate technologies and infrastructures in sync with the growth of business versus a unified solution makes TCO calculations straight forward. However the adoption curve and key facilitators for unified communication, in which IP telephony is one part is a bit more complicated.

Legacy EPABX systems in a business have copper wire connections running end to end. Costs of such systems have typically been amortised and recovered by now on balance sheets and any new investments have to make a strong case linked to the stability and anticipated growth of business. With both factors either unsure or absent, justifying an IP solution at such a stage may seem to be an unnecessary priority.

“It appears that many organizations still believe cost reduction is not big enough to justify the initial cost of implementation of an IP telephony solution,” according to IDC’s Giacomo Laurini, Senior Research Analyst, European Vertical Markets.

While IP telephony projects may not be getting universal green signals to replace antiquated voice systems, awareness levels are high as per IDC. Level of awareness is 80% in healthcare, transport and manufacturing; 60% in media, government, retail, wholesale, utilities and oil and gas. Amongst aware users 36% have adopted an IP PBX solution.

As per European market tracking agency MZA, IP based PBX units grew at 16% in the first quarter of 2011, versus a 7% growth for the overall industry. Cisco and Avaya are the leading global players in IP PBX solutions.

“TDM (digital) telephony is declining and customers are realizing that TDM is not a good investment because there is already a new and better generation of communication that can take them from day one or in phases from dial tone to video, presence, mobility, conferencing using any platform or operating system. TDM is about voice dial tone and IP is about any media of communications,” says Cisco’s Wael Abdulal, Collaboration Manager UAE.

An active concern raised by end users is the costs involved along the migration path from legacy telephony investments to adoption of new IP based solutions. For Cisco, key regional market segments with demand for IP based unified communication solutions include healthcare, education and connectivity service providers.

For Avaya, another key player in the IP telephony space, early adopters in the region include government, telecom, finance, hospitality and healthcare market segments. For medium and large businesses, cost savings from IP telephony become attractive when connectivity between geographically dispersed offices is considered. Avaya’s One-X Communicator Softphone loaded onto a PC or an Android smartphone along with a VPN can remotely dial into the head office IP PBX saving voice communication costs.

For Avaya’s regional distributor Optimus, enabling new authorised reseller partners at a tier-two level to penetrate medium to large accounts is a key part of its go-to-market responsibility. Optimus provides presales and support services for Avaya’s enterprise solutions. Its value added services for tier-two partners include project planning, TCO estimations, BOQ and solution sizing. For tier-one partners who operate with Avaya in the named space account, the vendor provides a direct high-touch support in business development.

According to Optimus’ Managing Director, Meera Kaul, business needs drive communications costs more than availability of technology. “Given the business strategy of any enterprise, a well-planned IP telephony strategy creates an ROI scenario that places elimination of redundancy and services costs at the forefront. So if a corporation has a lot of employees on the move or at remote locations and across borders, a well planned execution of unified communications will lead to greater ROI versus a single location business.”

Taking a macro implementation perspective, there are two key transitions in the IP telephony space. The first movement is from traditional analog or proprietary TDM voice based solutions to IP based telephony solutions. However, there is also a second movement and that is from vendor proprietary IP telephony to open IP telephony solutions. Some of the early products from Avaya were built on H323 protocol and these devices can only operate with Avaya’s communication operating system, Aura Communication Manager. Newer models now in the market have been built on SIP technology, which is vendor neutral.

According to Khan there is another key factor that tends to get neglected in the sizing of IP telephony projects. This is related to the selection and nature of end points or IP telephony terminals. The nature of the IP telephony device best suited for an end point depends on the nature of the particular end-user at the end point. A device for a senior manager or an administrator or front office assistant will each be different both in terms of functionality as well as in cost.

Since the cost of end points can account for upto 30% of the total hardware cost of the project, it needs to be factored in at the initial design and BOQ stage. “End points from vendors tend to be expensive”, says Farhat, especially those that come with inbuilt video connectivity, touch screen and collaboration options.

On the flip side SIP protocol IP phones from third party vendors, are less expensive than equivalent vendor phones and are also compatible to the operating environment. A balanced mix between vendor and third party IP end points in a project can therefore help to meet an end-customer’s budgetary requirements.

Other than IP end points, a typical IP telephony project involves the following components. The software operating solution is resident on a hardware server. Both need to be scalable in terms of managing increase in the number of two-way trunk lines, number of end points and number of channels to manage communication flow. There is also a one-time charge for the software licensing based on an estimated number of end points likely to be operational in the near future. Interconnectivity to the telecom service provider is through the gateway.

“IP telephony is a best effort network without fundamental quality of service guarantees”. In other words the technology by itself does not provide any guarantee of service. It is between the end-customer and the vendor to work towards a redundant technology solution depending on the critical nature of communication uptime.

Another vendor operating at the fringe of IP telephony space is Siemens spin off – Gigaset, which is traditionally a leading player in the handheld telephony market. In anticipation of the opening up of regulation in regional markets it also supplies hand held phones with in-built dual DECT and IP telephony options. The vendor’s forte is making and selling products for at-home telephony requirements and cordless voice phones make up 100% of its portfolio.

For such a hybrid model, customers do not change their usage behaviour and will switch to the appropriate protocol based on their requirement. If they are on the move, the remote DECT option can be activated and when they are next to the IP port they can switch to the IP option.

For sales, Gigaset is completely focussed on the retail consumer segment. It uses a single distributor for each country that it operates in, with the exception of India where it uses three. In the UAE, Gigaset uses Better Life as is its distributor, who also manages the independent Siemens brand for consumer appliances.

Top of the range 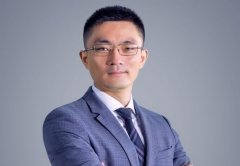 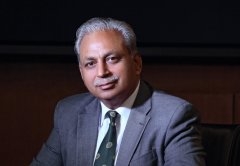 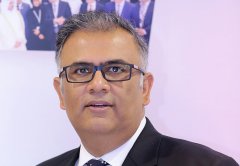 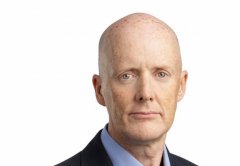