CNME Editor Mark Forker spoke to Dr. Betty Vandenbosch, Chief Content Officer at Coursera, to explore more about some of the key trends and insights that emerged from their Women and Skills report in relation to online learning, and why so many women globally have recognised that they need to pursue STEM skills to secure their future in the new digital economy. 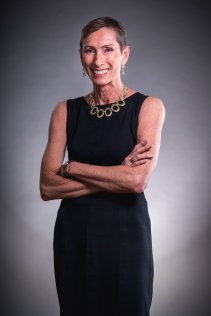 Dr. Betty Vandenbosch joined Coursera in 2020 and has been charged with the responsibility of overseeing the company’s content and credential strategy and partner relationships.

She has enjoyed a distinguished career in academia, but she began her working life as a programme and systems analyst before she decided it was time to change course with her own career.

The underlying theme of our conversation was focused primarily on the exponential growth in women globally learning online, and the factors that have fueled that shift.

We know that the pandemic has served as an accelerator for many things, one of which has been the ability to work remotely, which has led to the ‘work from anywhere’ model now being adopted by companies worldwide.

That new workplace flexibility has created new opportunities for women that previously didn’t exist, but as Vandenbosch highlights, women suffered much more during the pandemic than men, with many realising that they needed to switch to a career that was digitised in order to have more job security in Industry 4.0.

“In terms of trends that emerged from our report, in retrospect, there wasn’t that many surprises. I think the reason we witnessed such an uptake and surge in women engaging in online learning and upskilling was primarily driven by the fact that the pandemic was much harder on women than men. On a global scale more women lost their jobs, and even those that didn’t lose their jobs, it became clear that their jobs were under real threat. The jobs that were digitising the most quickly were in industries such as retail, which is traditionally a sector dominated by women, and which is increasingly going online. The urgency for women to move into jobs that are more digitally secure is much higher than that urgency for men, and part of that reason is typically men work in roles like construction, which is not going to digitise tomorrow”, said Vandenbosch.

According to Vandenbosch, another key factor fueling the growth of online learning amongst women was the fact that so many companies were allowing their employees to work remotely.

However, if you need to work in a physical retail store, or work in the hospitality service industry to make a living, then the option to work remotely does not exist.

“When I started at Coursera I was going to come into the office, but now I don’t go to the office and work exclusively from home. We know that this has happened at many, many levels across the world. What that does is give people flexibility, so women can now work from home, and they can keep half an eye on the household and still be very productive at work. But if they are employed in the service industry, or in a client facing role, then they can’t work from home. They can only work from home if they are employed in a digital profession, so that’s why so many of them realised it’s time to change track here and pursue STEM skills because they need digital careers”, said Vandenbosch.

The pandemic also provided women with the ability to learn from home, and Vandenbosch believes the way the courses are designed by Coursera makes it more accessible and easier for women to learn online, as they have both the autonomy to engage with the online material how they wish, and more importantly when they engage with it.

“At Coursera, we make sure that all our coursework has low digital download weight, so it’s easy to get it off the internet. One of the things that was really fascinating for me that emerged from the report was the fact that women use mobile much more than men. The primary reason for that is they have so many different things to do, so they could be learning for 10 minutes, whilst the potatoes are cooking, or they have just put their children down for a nap. Online learning that is chunked is much easier for them to consume than the format of online learning where you go and sit in a room and must listen and watch someone talk at you for 2 hours”, said Vandenbosch.

The Chief Content Officer at Coursera expanded more on the level of certificates that are being pursued by women globally, and the types of professions that they are seeking employment in.

“We have entry-level professional certificates, and those certificates enable people over a relatively short period of time (3-6 months) to learn the skills that are required to attain an entry-level position in a digital field. For example, let’s say a woman has a degree in English, but she can’t work anymore, well now with our online courses, over a period of 3-6 months, she can now apply for an entry-level position in data analysis, data science, or user experience design, as all those jobs can be done remotely and that now gives her a pivot. The proportion of women that started learning entry-level positions grew measurably during the pandemic, as they fundamentally recognised they had to change and they did”, said Vandenbosch.

Vandenbosch acknowledged that gender disparity in the IT and other STEM-related fields has improved significantly over the years and used her own journey as a barometer of that progress.

“When I went to university to study Computer Science, I did not have a single female teacher. When I got my first job there were two women in the entire organisation, so I was quite alone. However, over the years that has lessened and lessened, and earlier I was in a meeting with some of my Coursera colleagues and it was all women – and on our executive staff at Coursera there are five women and five men, so we have come a long, long way, but there is still work to be done”, said Vandenbosch.

In terms of what she believes needs to be done to continue to bridge the gender divide that still exists within the global IT ecosystem, Vandenbosch believes the best tool at our disposal is female empowerment and visibility.

“In my estimation what I firmly believe will help women more than anything else is seeing other women and that is starting to happen. It’s incumbent on all of us to make sure that women see women and can talk with women. On Coursera, we have found that women complete courses that are taught by women at a much higher rate than men complete those courses. Women also do better when we adopt good teaching practices, which is not just yack at someone, but instead have more interactive experiences. Research conducted by Cambridge University has shown that women tend not to speak up in a classroom, but in an online classroom everyone is much more equal, and ultimately that gives them the confidence they need to move into the workplace knowing that they have been successful”, said Vandenbosch.

Vandenbosch concluded a wonderful interview by reinforcing the fact that your professional career is a long one, and that once you make a career choice you don’t have to necessarily settle for that and stressed that if you want to do something else with your career then you can, as it’s never too late to retrain and reskill.

“I think what is very important for women to recognise is that you have a long work career, and you don’t have to stay in that one job for the rest of your life when you first start out. I think some of the stress that people feel comes from the fact that they believe that they can only do this one job. However, the advent of these introductory certificates coupled with the fact that on Coursera you can now stack your education, so you don’t lose what you have already done, allows you to build it in to the next step of your journey. We have an introductory certificate on our platform that allows you to transfer real university credit into a Bachelor of Computer Science degree at the University of London, and once you have got that you are then ready to do a master’s degree without any entrance work. It’s a beautiful path once you’re on it, and you can step off it and get back on it depending on what works for you, and that is the beauty of working on Coursera to accomplish your goals you dictate your own path and can reshape your future”, said Vandenbosch.