As data increasingly become a vital asset for both individuals and organisations, recent issues around how platforms such as Facebook, Twitter, and Google handle customer information have attracted criticisms from users and governments alike. Security correspondent Daniel Bardsley speaks with industry experts to discuss how social media platforms should be regulated to combat misinformation and prevent the inappropriate use of personal data. 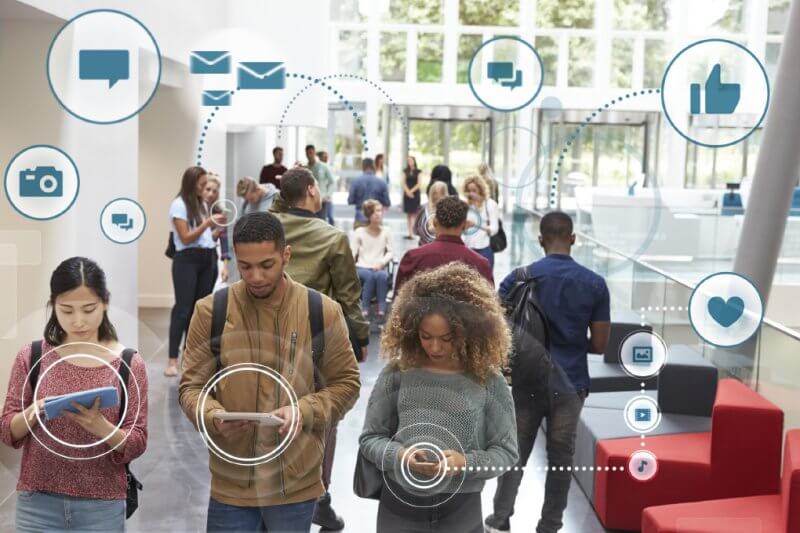 When it comes to social media, an often quoted phrase is, “If you’re not paying for the product, you are the product.”

Although not everyone sees this as a fair reflection of reality, the saying has developed particular resonance in a modern world where the likes of Facebook and Google hold sway.

These platforms are free for everyone to use and, in return, the operators collect all manner of data about individuals and employ it to “microtarget” advertising.

Indeed, as yet another online ad comes up on the screen in front of them, it is easy for users to feel that the social media giants know them better than they know themselves.

“There’s no doubt about it, all of these companies they have very intimate knowledge about the people using these platforms,” says Nicolai Solling, the chief technology officer for the cybersecurity company Help AG.

Of course, this collection of data is not without controversy. News bulletins frequently air concerns over privacy and data breaches, with Facebook suffering a publicity meltdown in 2018 when it emerged that Cambridge Analytica had harvested data from large numbers of users without their consent.

Another source of contention has been the modest size of the tax bills handed to social media giants, while there are regular complaints about social media companies unwittingly providing a platform for inappropriate material, such as racist content or terrorist-recruitment messages.

Yet effecting change is not easy: authorities can appear impotent when lined up against corporate giants like Facebook and Google, which are each worth hundreds of billions of dollars. Indeed, when lawmakers from Canada and the United Kingdom called separately for Facebook’s CEO, Mark Zuckerberg, to testify before them, their pleas fell on deaf ears.

“It’s very challenging to regulate these services because the whole fabric of how we communicate as a society today is dependent on them,” says Solling.

“There are no governing laws on how they use this data. It gives them great benefit when they feed data into the algorithms on their social media platforms.

“I do think there has to be some oversight. There’s a lot of fundamental discussion that needs to be done on how to utilise these things in a good way.”

One set of suggestions has come from the Truth, Trust and Technology Commission, a body linked to the London School of Economics in the United Kingdom made up of academics, parliamentarians and others.

In a report delivered in late 2018, the commission suggested creating a non-governmental “Independent Platform Agency” funded by a levy on the platforms’ revenue.

The agency would observe the social media landscape, offer policy advice and encourage ways of improving the reliability of material that is posted.

Long term, the commission indicated that there might be a need for tougher regulation, such as breaking up the companies or making them responsible for the content posted on them.

Among those considering regulatory issues is Dr Natasha Tusikov, an assistant professor in the Department of Social Science at York University in Canada and a Fellow at the Käte Hamburger Kolleg / Centre for Global Cooperation Research in Germany.

According to Tusikov, at present, because there is pressure to regulate the internet, governments, recognising that achieving regulation is complex and difficult, instead merely exert pressure on social media companies to “do something”. As a result, ad hoc measures take the place of proper thought-out rules.

“It’s the worst of both worlds,” says Tusikov. “This interaction between companies and governments feeds the tendency of these companies to act arbitrarily.”

According to commentators such as Tusikov, because the social media giants are based in the United States, an American “laissez-faire” approach to regulation has tended to prevail. Silicon Valley has pushed this approach and justified it with the argument that innovation requires self-regulation rather than tough external oversight.

“As a Canadian, I would like to see other countries have their political and social values reflected in the internet,” says Tusikov.

National regulations already exist, such a ban on eBay selling Nazi paraphernalia in Germany, for example. Tusikov would like to see more countries crafting their own rules.

Tusikov and a fellow academic, Dr Blayne Haggart, an associate professor in political science at Brock University in Canada, would ultimately like to see an end to the current business model based upon the detailed collection of data and microtargeted advertising.

“It’s not unknown, but it’s several decades since we’ve had these conversations. Maybe a crown social media company could be politically feasible,” says Tusikov.

In the United States, such suggestions are often seen as infringing upon free speech, raising concerns about authoritarianism. Tusikov argues that such worries are unnecessary in countries like Germany or the United Kingdom, which are not regarded as being authoritarian in the way that China, for example, often is.

“The French president Emmanuel Macron has called for a human rights internet – a strong role for government, but democratic-based human rights model. I hope we’re not stuck in the binary model where we have to show allegiance to China or the United States,” says Tusikov.

“The idea of government regulation of the internet is a much more nuanced discussion about what would these rules look like and what safeguards have to be in place to ensure governments don’t suppress human rights.’”

Another suggestion has been that Facebook and other social media giants should be broken up. Calls for action appear to be growing, with the United States senator (and presidential hopeful) Elizabeth Warren among those who have said Facebook should be dismantled, citing what is described as anti-competitive behaviour.

More recently, a Facebook co-founder, Chris Hughes, has echoed this, saying that Facebook’s takeover of WhatsApp and Instagram should be reversed.

Others have argued against a tougher regulatory regime, saying that the network does not have a true monopoly as there are myriad other communications services.

In any case, people on both sides of the debate have said that breaking up Facebook would have a limited effect on the issues of misinformation and data collection.

Tusikov argues that the companies would still be operating on the same data-intensive advertising model, which many feel is based upon the inappropriate use of personal data.

“What would have to accompany anti-trust measures would be a serious restriction and regulation of this data model,” she says.

“We see the granular level of detail of the information they have on people. One thing governments could say is that they can collect neighbourhood level or postal level. They could collect age range or gender categories.”

“There would be quite a bit of accountability and oversight. We’ve seen quite a lot of bad actors. There have been very few efforts to rein them in and say, ‘It’s not just a bad apple, it’s a feature,’” she says.