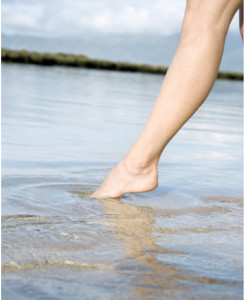 After a period of reluctance, organisations are beginning to trust the cloud, but the decision far from ends at acceptance. Do you go public or private? Or do you go for a combination of both — otherwise known as a hybrid. The latter is allowing to dip before diving in.

Cloud has taken over the enterprise and transitioned from cautious trend to must-have technology. It is no longer a matter of if an organisation will deploy it, but when.

However, an ‘if’ question does still remain in regard to the type of cloud the business opts for. On paper, the decision maker has three options; public, private or hybrid. In reality, however — in the case of large organisations, at least — the latter appears to be gaining the most traction for now.

Cloud projects continue to grow in the Middle East, with 43 percent of organisations in the Saudi market and 40 percent in the UAE dabbling in the technology during 2013, according to industry research.

Furthermore, the Cisco Global Cloud Index predicts that more than a third of all data centre traffic will be based in the cloud by 2015.

“This upwards curve in cloud computing will continue to grow as we see more and more regional cloud deployments as organisations get the same levels of security, reliability and performance as was seen with on-premise deployments,” says Rajesh Abraham, Director, Product Development, eHDF.

It therefore appears that an initial feeling of distrust towards the cloud — primarily driven by security concerns — has faded.

These feelings were particularly apparent in the Middle East, where worries of data crossing borders further distanced CIOs from shiny public clouds owned by the likes of Microsoft, Google and Amazon.

“I strongly believe that the Middle East will eventually catch up to the global scale of cloud roll-out,” says Boby Joseph, CEO, StorIT Distribution, who blames sometimes confusing and overwhelming cloud models as holding back adoption to date.

He thanks new technologies from smaller players and start-ups for pioneering the concept better than the conventional vendors.

Some organisations, he says, will wait to see these start-ups acquired by the well-known vendors. “However, in IT, most of the advantage and stabilisation of the platform is drawn by calculative risk-takers and early adopters, who then go on to stabilise their environment with very clearly defined practices,” Joseph explains.

The biggest challenge, he adds, is the availability of VADs, VARs and SIs, who would help these companies to roll out in a more effective way by consulting and cloud integration

Gaining momentum
In spite of this slow start, Peter D’Souza, Regional Product Manager NetApp and Data Centre, Logicom, says cloud adoption in the region is gathering a lot of momentum.

“Most of the regional Internet service providers have added cloud services to their service portfolio,” he says. “From an end-user perspective, we have been seeing some of the larger enterprises leading the way in offloading both critical and non-critical workloads to the cloud.”

Such implementations by big players in the region are particularly important to induce confidence amongst SMBs.

In the case of SMBs, driven by venture capitalists looking to get products to market quickly and easily, the public cloud continues to grow.

“These venture capitalists are actually saying to new companies starting up that they’re not going to invest in the IT infrastructure and build it for them, but simply telling them to go buy that,” says Den Sullivan, Head of Architecture and Enterprise, Emerging Markets, Cisco. “Then they don’t have to have a CAPEX all associated on their books.”

But in larger organisations, where IT is more complex, it is the hybrid model that prevails.

A hybrid cloud is a composition of two or more clouds — private, community or public — that remain unique entities but are connected together, offering the benefits of multiple deployment models.

Indeed, such a model allows businesses to store unrestricted data in a public cloud solution while continuing to manage certain amounts and types of data in-house for enhanced security.

Furthermore, organisations using this model can then choose to use infrastructure-as-a-service (IaaS) — which continues to grow in itself — when the need arises, such as during demand spikes or peak loads.

“The hybrid cloud allows enterprises to hold sensitive data behind their firewall while taking advantage of the lower cost and flexibility of the public cloud,” confirms D’Souza.

“It can also improve scalability and provisioning at a lower cost, thus allowing resources to be allocated to the public cloud for short term projects at a much lower cost than that what it would cost to make changes in your private cloud.”

Therefore, the hybrid cloud provides companies which are reluctant to move to a cloud computing model with the opportunity to “dip their toes in” at a low cost and with lesser perceived risk, D’Souza adds.

It is ultimately this “dip their toes in” approach that is driving adoption in hybrid cloud models. In other words, it is popular because the industry is in a transition phase.

“Lots of processes have been optimised based on existing tools and changing it overnight is tedious,” Mathew says.

As such, a time will come when there will be a “tipping point”, where the value of new capabilities built on public clouds will far outweigh the rest, giving more reasons for a complete shift to public clouds.

“But that point is still some time away,” he emphasises. “Additionally, there must be more credible service providers before enterprises feel comfortable with public clouds. We are already seeing this in many large companies like IBM, Siemens and others investing in the Middle East.”

Jumping on the bandwagon
Asides from its ability to ease organisations into the cloud, it is also the ease itself of the model which is encouraging others to jump on the bandwagon.

“Hybrid clouds are much easier to implement and do not interrupt or disrupt the existing infrastructure, and also save a lot of costs in rolling out newer, client-side applications,” Joseph says.

“Competition in this also will bring in customer benefits and reduction in the management costs, which are the main costs in running IT.”

However, Sullivan thinks of it differently. He believes it is not a conscious choice to go for a hybrid cloud, and that “hybrid cloud” is not even the right term to describe the technology.

“I think you end up doing it,” he says. “You’re really probably not going to just take everything you’ve got on Monday morning, or even over a period of six months, and put it on the cloud.

“What I see is you will probably take steps to look at cloud as an opportunity for your corporation to offload you to move to more of an OPEX model, whether that be due to reasons of expansion or new services.

Once an organisation has settled on hybrid as the best cloud model for them, it is important to define a cloud strategy that clarifies the vision up-front.

“One size clearly does not fit all,” says Mahesh Venkateswaran, Managing Director, Social, Mobile, Analytics and Cloud, Cognizant. “Industries differ, clients differ, business models differ, and so do their requirements.”

Such a strategy should include what components need to remain in-house and what can be moved to the cloud, along with the activities and time frames involved in the actual cloud migration.

The migration must be executed phase-wise based on sound methodologies that can maximise the benefits of cloud adoption, as well as ensure efficient migration.

As part of cloud adoption, it is imperative to establish sound governance models that address all regulatory and compliance requirements, as well as operational policies for steady state management of the cloud-based systems after migration.

“In the use of hybrid cloud models, a well thought-out integration strategy, while defining the architecture for cloud-based systems, is critical in ensuring that disparate hybrid cloud components utilising various cloud service models get along well,” Venkateswaran adds.

Two of the most important factors when moving into a hybrid cloud environment are the same reasons that held back implementation in the first place; data security and data availability.

According to Fagan, having the right SLAs in place is crucial to ensuring the availability and security of data.

“Selecting the appropriate infrastructure environment is also extremely important, as is ensuring that the hybrid cloud platform allows reliable and efficient workload transfer, and a high level of interoperability so your resources work well with your cloud provider’s resources,” he says.

It is not only security concerns and business criticality which determine what data goes where. As always, costs are prominent.

“A good weightage for shifting to public clouds is cost,” Mathew says. “If the cost to value does not match, organisations will tend to pull back some of their core workloads in-house.”

However, public cloud companies like Amazon are trying to make it harder for organisations to look back.

Building AWS (Amazon Web Services) on a programmable architecture running with very thin margins has allowed Amazon to cut prices over 26 times since 2006.

With this likely to continue, and security concerns easing, public cloud adoption may be closer than people think.