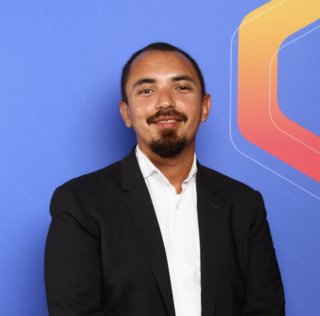 When it comes to provisioning the IT on which all businesses rely, running costs and energy efficiency have long played a significant role in the decision-making processes. Recently, however, concerns around global warming and soaring energy costs have moved them to the top of the priority list. This, in turn, is causing CIOs across the board to fundamentally rethink the approach they take, particularly when it comes to the datacentre where huge benefits are to be had on both counts.

The size of the problem

Estimates vary but according to the International Energy Agency (and others)[1], datacentres and their associated infrastructures account for around 1% of global energy consumption. In EMEA alone that translates to over 90TWh per year, or enough to satisfy the domestic energy needs of a small country. Moreover, this figure carries with it an environmental impact equivalent to running almost 6 million vehicles.

Big numbers whichever way you look at them and which, in turn, mean that any action to reduce energy consumption would not only save businesses money but have a significant impact when it comes to climate change.

There are lots of ways of tackling this issue with some organisations, for example, abandoning their on-premise datacentres altogether and moving to the cloud. That, however, doesn’t necessarily save on running costs. Indeed, many businesses find it more expensive compared to running an on-premise datacentre, and with none of the budgetary certainty of an on-premise facility. Neither does it address the climate issues. It just makes them somebody else’s problem.

Of course, the cloud has other benefits besides, but the datacentre looks like it’s here to stay for some time albeit with changes to the operational model to deliver the benefits of cloud computing at a lower cost in terms of energy and emissions. Indeed, that change is already happening with growing numbers moving from traditional 3-tier architectures (servers + storage + networks) towards next generation models, in particular hyperconverged infrastructures (HCI) which, most analysts, agree is the best and most expedient way of reducing datacentre energy consumption and carbon footprint.

The reason for that assertion is down to the way hyperconverged models work by distributing computing power and storage across low-cost commodity hardware platforms, linking them with software and using virtualisation to provide an easily scaled and managed operational whole. A mature technology with a number of different HCI platforms available, here are the expected benefits in terms of energy consumption and climate change of switching from 3-tier to HCI models:

It’s important to recognise that the datacentre industry has delivered significant energy efficiency improvements over past decades and is now one of the most advanced in terms of both energy efficiency and decarbonisation. That said it remains a major energy consumer and could do a lot better. Moreover, without significant change future energy demand will continue to rise and result in large amounts of carbon dioxide emissions. The answers to all this lie in innovative next generation datacentre technologies, like HCI, which have been proven to work and which have the potential to deliver considerable efficiency gains with a significant impact on energy cost and climate change.