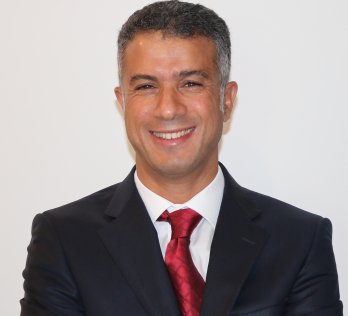 IP (Internet Protocol) enables humans and machines to ‘talk’ to each other. It’s the foundation of the internet, and it works because it’s based on open industry standards. And it’s constantly evolving. New applications and use cases—such as 5G, Fiber Deep’s Converged Interconnect Network (CIN) architecture, and Edge Cloud—require that IP networks evolve to keep pace.

The race to 5G and other new technologies continues to gain momentum in the Middle East region, especially across the GCC countries. To prepare for these advancements, network providers are taking steps to push the boundaries of their networks to ensure that users aren’t left disappointed. And they’re asking for something different—a leaner, simpler, and automated way to deliver standards-based IP network connectivity.

Because the number of network elements is growing exponentially at the edge, the delivery of standards-based IP connectivity must be highly scalable and optimised, while ensuring that cost and complexity do not increase linearly alongside bandwidth growth.

While 5G, Fiber Deep, Edge Cloud, and other bandwidth-hungry applications drive the need for more IP at the network edge, the desire for more capacity delivered with the lowest power and smallest footprint is also significant. This is particularly true for power- or space-constrained data centre interconnect (DCI) applications and outside plant environments for cable access or 4G/5G applications, leading to demand for integrated coherent optics within routing and switching platforms.

Network providers recognise the need for a new and different approach to evolving and managing their IP networks, especially from access to metro. As they struggle to keep up with surging growth and the complexity of delivering IP network connectivity from access to core, and everything in between, they’re looking for a way to streamline and optimise their ever-expanding network assets. This has fueled interest in open, standards-based IP connectivity delivered in a simpler way that provides a differentiated competitive advantage.

Simplification is a critical success factor in redefining how IP networks are built. Operational complexity in IP networks is a significant challenge for network providers. With analytics-driven automation, providers can mitigate the complexity of dealing with multiple IP domains across multi-vendor environments, increasing service velocity while overcoming complexity.

IP that adapts to changing demands

The traditional approach of continually adding more and increasingly complex hardware-based router designs makes IP networks unnecessarily costly and complex. To have an ideal balance of centralised and distributed intelligence, IP infrastructure must leverage standard and modern protocols such as segment routing, NETCONF/YANG, gRPC (remote procedure call), and gNMI (network management interface). This will deliver the network simplicity, scalability, and cost efficiency that are key to efficiently support new and emerging applications in today’s digital world.

Digital transformation will not only cause IP traffic to grow significantly in the coming years, but it will also require higher performance as IP capabilities are pushed closer to the network edge to optimise traffic patterns and reduce latency for improved quality of experience—for both humans and machines.

The unprecedented surge in internet traffic fueled by remote working and home schooling will continue for the foreseeable future. Users require evermore bandwidth and speed to use internet for working, learning, gaming, and streaming. And so providers must move beyond their manually intensive operations to IP networks that adapt to new use cases and ever-changing business demands by being open, automated, and lean. Through intelligence, automation, and programmability, adaptive IP makes it possible for network providers in the Middle East to leverage new technologies and applications to achieve a competitive edge.