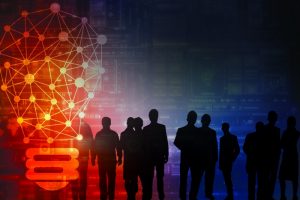 The ambition of the GCC’s governments has been evident not only in their countries’ burgeoning infrastructures over the last few decades, but also in their ICT strategies for the future.

Initiatives such as Smart Dubai, Qatar Connect 2020 and Saudi Vision 2030 have all identified technology as a crucial pillar in building more educated and connected societies. And rightly so. In the last few years, the reality that fossil fuel-dependent economies need to diversify has been striking against the backdrop of the falling oil price. Nonetheless, while GCC governments’ strategies may be on the right track, they would be well-advised to heed the examples of countries around the world who have already succeeded in delivering transformational ICT solutions for their citizens.

Alaa Elshimy, managing director and vice president, Huawei Enterprise Business, Middle East, believes that the GCC’s leaders need to prioritise their citizen’s needs before anything else. “From a strategy perspective, governments need to operate with the underlying objective of serving the public, by placing user needs as the top priority,” he says. “Public services need to be delivered in a creative manner, customised to user needs.” Elshimy goes on to add that a culture of openness is essential in building the public’s trust. “There also needs to be a strong culture of transparency and sharing of government-owned data with the public. In addition, communication and collaboration between government departments is highly encouraged.”

Yasser Zeineldin, CEO, eHosting DataFort, agrees that openness needs to be a central part of a government’s thinking. “For an effective government ICT strategy, it is important for citizens and government organisations to collaborate and for the government to promote open data amongst different public sector organisations,” he says.

Elshimy and Zeineldin may well have had Estonia in mind when picturing a nation that has excelled in terms of its transparency with technology. Not a country that springs to mind for technological innovation, Estonia’s government has strived to empower its 1.3 million citizens with ease of service and openness of data.

This culture has been ingrained for some time now. Estonian passed its Digital Signatures Act in 2000, and allowed purely online voting for its governmental elections five years later, and has since had its IT systems defined by its national public key infrastructure. This sees citizens bound to their cryptographic keys, allowing them to sign contracts in electronic or paper form, as well as accessing a whole host of government services with their unique identity number.

The government has gone a few steps further in this drive for technology openness for its citizens, however. Mobile ID-enabled SIM cards are almost ubiquitous in the country, while citizens can view a record of who has accessed their data across government agencies, and are able to report public sector employees who access their data without just cause.

An Asian counterpart leading the way for ICT development has some notable similarities to the country with the strongest ICT infrastructure in the GCC. Singapore, like the UAE, has a small population and a large expatriate community. In 2015, the government introduced the ‘Smart Nation’ initiative with the aim of Singapore becoming the world’s first smart nation by 2025. According to the World Economic Forum’s Global Information Technology Report 2016, meanwhile, Singapore was the highest-placed country in the world in network readiness.

“Singapore is definitely a shining example when it comes to providing ICT services to its citizens, where citizens and businesses in the country can access more than 1,600 online services and more than 300 mobile services provided by the government,” Zeineldin says. “More than three decades ago, Singapore recognised ICT as a key enabler and they planned and executed several master plans towards becoming a smart and intelligent nation.”

Elshimy agrees, “Singapore has shown great progress in ICT transformation, especially with their ‘Smart Nation’ initiative,” he says. He goes on to cite other nations that have already made significant progress, particularly those in the Asia-Pacific region. “Australia, Singapore, South Korea and the United Kingdom are some countries that are leading the way in digital transformation.”

On the right track

There’s no doubt that regional governments are on the right track, as the pace of development on home soil continues to accelerate. The consensus is that the UAE has set the standard in the region for the pace of optimisation, with a view to digital transformation. “Gulf countries have been increasingly coping with the need for rapid digitalisation in business and government,” Elshimy says.

In a study commissioned by Huawei and undertaken by global research firm Navigant, Dubai emerged first in a smart city index that studied 10 Gulf cities’ strategies and execution of smart city campaigns. Dubai stood out for its strategic vision coupled with a clear understanding of the practical requirements to deliver on it.
“The UAE in particular has been instrumental in leading the way for ICT transformation in the GCC, and will continue to for the foreseeable future,” Elshimy adds. “The main reason is the continued development in the country’s new initiatives such as Smart Dubai, e-Government, and the recently announced 10X initiative, among others.”

Zeineldin agrees on the region’s standout nation for technology deployment. “The UAE definitely leads in the GCC region in terms of digital adoption, with Dubai leading the way to becoming the smartest city in the world,” he says. “Dubai has witnessed smart infrastructure being built based on the latest and cutting-edge technology, and the government now aspires to transform the emirate not only as the smartest city but also the happiest city in the world over the next few years.”