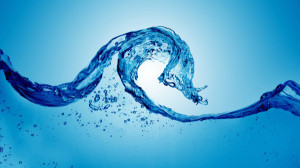 For any IT pro, signing a new contract can be a daunting task. With line-of-business managers increasingly keeping a watchful eye over the IT department, IT managers need to be extra-careful about how they spend their budgets – and who they spend it with. Now, more than ever, it’s advisable to test the waters before diving straight into a big contract.

That’s the view of Sayed Golkar, Director, GBM Business Solutions, when it comes to signing up to a new IT contract. Of course, any IT manager knows that, if a contact goes sour, and a supplier fails to deliver, it could be their head that rolls. What’s more, even more responsibility is placed on the IT manager’s head if the dodgy service provided actually affects customers.

The technological world is littered with the tattered reputations of CIOs who failed to deliver projects on time — and to budget — simply by signing up with the wrong suppliers. For example, in a recent, high-profile screw-up, the BBC’s Chief Technology Officer, John Hall, was suspended in May after it came to light that the British broadcaster had wasted almost £100 million on a digital production system and archive. The failed project was blamed on a poor choice of suppliers.

That’s an extreme example, but it does show what’s at stake when IT managers have to sign contracts for new projects. That’s why, increasingly, IT pros are looking to test the waters with new suppliers. According to Golkar, there are a number of key concerns that need to be addressed before any concrete agreement is made.

“On the supplier side, [you need] local/regional experience, [a] proven ability to execute, commitment to the region, [the] ability to understand the business requirements and thus provide effective solutions to meet them, [and] the ability to provide effective support, post-implementation. These are all valid concerns. Some or all of these may make the difference between a successful or failed partnership,” he says.

Increasingly, IT pros are turning to systems integrators for smaller “test” projects before signing up for the big ones. These projects are typically less critical to the business  but still helpful — and they give the customer an idea of how the supplier can cope with the demands of the business.

That’s not to say that big IT projects are still being implemented without completing a test project first. After all, for large-scale contracts, everyone knows that a tender is put out, and whoever brings the best deal to the table is chosen to implement. If there’s no scope for doing a test project first, due-diligence must be done to ensure that the project won’t go south.

“Depending on the scale of the IT partnership, a full-scale commercial and technical due diligence should produce the necessary background checks. Over and above this are the less tangible, but often important aspects, that should also be checked,” says Golkar.

That said, the onus is not always on the supplier to ensure a smooth project implantation and a happy contract. There are also internal concerns to address, according to Golkar, who adds, “On the customer/client side, [you need] management buy-in and support, the ability to allocate resources to the project, the ability to clearly define and articulate business requirements, and the ability to participate and make critical decisions in a timely manner. These factors may equally impact the success or failure of a partnership.”

This view is shared by Stephan Berner, Managing Director, help AG, who told CNME earlier this year that each side of a partnership needs to set out — in great detail — from the start what a contract will require from each party.

“Set clear expectations, stick to your promises and communicate relevant subjects with the relevant stakeholders,” he said. “Customers usually ask for more if the scope of work is not clearly defined. It is in everybody’s interest and particular our responsibility to agree on the same at the time of signing the contract. What is in scope, what is out of scope — this is the essential question. If this cannot be answered then suppliers are always in a difficult position and will most probably taken on a ride.”

Another issue that can cause headaches further down the road is simply signing up to a contract based solely on price. The experts advise that it’s always better to go for the more experienced, highly recommended supplier, rather than one that promises a lot for a fraction of the price. After all, if something seems too good to be true, it probably is.

“The examples are numerous here. Unfortunately, many of these cases quickly turn sour, and, in the long run, a low price may well turn out to be a false economy. Delays, repeat work and ultimately the replacement of an unsuitable partner may cost dearly to the business, especially when time to complete an IT initiative has a direct impact on the business’ go-to-market strategy,” Golkar explains.

According to many, then, signing a contract shouldn’t even be seen as a simple way of sealing a buyer-seller agreement. Instead, it should be viewed as the beginning of a strategic partnership — whereby both parties are deriving maximum value.

“The partnership must be built on a win-win strategy. Often short-term objectives and inappropriate expectations create obstructions in achieving this important goal,” says Golkar.

When these goals are met, and both sides of the contract see the benefits, they’re likely to want to continue doing business. Indeed, both parties will want to be more accommodating towards each other in order to get projects done promptly and to a high standard. That’s how Hani Khanfer, Channel and Pre-Sales Coordinator, Smartworld, sees things anyway.

“Success within a partnership or the achievement of common goals can play a major role in the move to strengthen and reinforce good relations between the two parties,” he told CNME earlier this year. “With goals obtained, both parties will now look into maintaining the partnership so that gaining benefits and rewards will remain continuous.”

But what if the partnership does go sour? Is there anything that an IT manager can do upon finding out that a project is not going to be completed ether on time or to budget? Indeed, is there any way that he can avoid being suspended like the unfortunate IT head at the BBC? According to Golkar, it depends on the original contract, and whether or not either party has an exit strategy built into it.

“[Breaking a partnership] typically depends on the construct of the contractual agreement between the partners. An exit strategy or provision in partnership agreements with obligations for smooth transition has been practiced for centuries — the IT industry should be no exception to this practice,” he says.

However, some believe that there is no easy way to go about geting out of a contract, even if relations do go sour. Berner, for example, when speaking about maintaining relations to CNME earlier this year, said that, for this very reason, it was important to ensure everything is in order before signing.

“Really, is this an option?” he asked. “I don’t think so. Do your due-diligence before signing, highlight the risks and if you can accept them than go and sign the document. If not then it is better not to sign at all.”

It rather depends on who you speak to, then, but one thing is for sure — it’s definitely advisable to complete a proper due-diligence before signing a large contract. Doing just a little bit of homework could mean a lucky escape for an IT manager’s career or even a company’s reputation. As the old adage goes, look before you leap.